Lawrence Yun has been Chief Economist and SVP of Research at the National Association of Realtors since 2008. In this position, Yun oversees and is responsible for a wide range of research activity for the association, including NAR’s Existing Home Sales statistics, Affordability Index, and Home Buyers and Sellers Profile Report. He regularly provides commentary on real estate market trends for 1 million Realtor members. Yun spoke with MReport about some of his predictions for housing in the coming year.

YUN // We’ve had a shortage in housing supply this year. We had it last year. The shortage intensified this year based on the months’ supply or inventory availability. Going into 2017, I think there will be just a slight improvement in inventory, but nothing dramatic, which means that the market will still favor sellers over buyers in 2017.

M // Do you think that the demand is going to stay strong?

YUN // The demand increases have been moderate, so it has not been a very robust recovery in home sales. I think that existing home sales should be able to crank out another gain in 2017—a very low single-digit percentage. New home sales will possibly reach a double-digit percentage gain in 2017 just because builders have the incentive to build more, given the inventory shortage. I don’t foresee builders having any problems selling the new inventory. New home construction could experience anywhere from a 5 to 10 percent increase in single-family housing starts. That will alleviate some of the supply problem. It’s not going to be a total return to a balanced market condition, but certainly moving in the right direction. 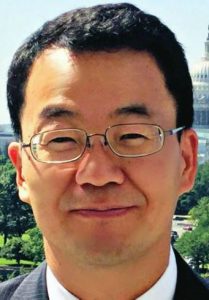 M // What role do you think first-time buyers will play in the market next year?

YUN // I hope we see a meaningful increase in first-time buyers in 2017. The latest monthly report shows some encouraging signs, but I hope that is the trend in 2017. The consistent job creation and the pickup in wages should set the basis for first-time buyers picking up in 2017, but from a broad social point of view, we have had a 50-year low homeownership rate recently, and the only way to stop that bleeding is for first-time buyers to step in. They have been stepping in at a faster rate in the last month. Is it a one month thing or this is the beginning of an upswing? That remains to be seen.

M // You have been with NAR for 16 years now and Chief Economist for eight years. Since this is our diversity and inclusion issue, what has been your experience as a minority man in this industry?

YUN // People may have certain perceptions that may not be visible at the first meeting, but once we go into the discussion of the numbers, the Realtors or the people in the real estate industry have been very receptive and open to hearing the analysis that I provide. So I feel very fortunate.

M // Do you have a mentor or mentors that helped you get where you are in your career?

YUN // My many colleagues. We have a constant discussion about economic issues, and our CEO at NAR, Dale Stinton, certainly provides vision. Regarding technical application or expertise, they rely on me to crank that out, but at least regarding the vision, it’s the CEO that provides it. Having very good colleagues just to discuss what’s happening in the economy, or asking or discussing why the housing market is moving a certain way just facilitates a new insight and a new angle to look into. So I feel very fortunate to have a talented group of colleagues and economists on my staff.