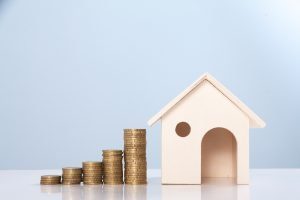 Home prices continue to climb both year-over-year and month-over-month, according to the October 2017 Home Price Index (HPI) released by CoreLogic [1] Tuesday Morning.

“The acceleration in home prices is good news for both homeowners and the economy because it leads to higher home equity balances that support consumer spending and is a cushion against mortgage risk,” said President and CEO of CoreLogic Frank Martell.

Martell explained that for entry-level renters and first-time homebuyers, however, it leads to tougher affordability challenges. In fact, according to the CoreLogic’s Single-Family Rent Index, rents paid by entry-level renters for single-family homes experienced an increase of 4.2 percent from October 2016 to October 2017, compared with overall single-family rent growth of 2.7 percent over the same time.

“Single-family residential sales and prices continued to heat up in October,” said Dr. Frank Nothaft, Chief Economist for CoreLogic. “On a year-over-year basis, home prices grew in excess of 6 percent for four consecutive months ending in October, the longest such streak since June 2014. This escalation in home prices reflects both the acute lack of supply and the strengthening economy.”

Look ahead by utilizing values derived from state-level forecasts by weighting indices according to the number of owner-occupied households for each state—CoreLogic projects prices to increase year-over-year by 4.2 percent by October 2018.