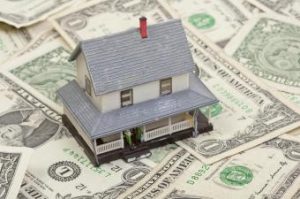 Ellie Mae’s latest Millennial Tracker report revealed an upward momentum in home purchases among millennials. According to the report, millennial borrowers accounted for an average loan amount of $189,686, in October, for all closed loans—an increase from an average of $186,567 in 2017. This average was reflected despite tightening market conditions, increased interest rates and a decrease in average loan amounts, the report indicated.

“Although housing prices and interest rates are still rising at a faster pace in 2018 than they have in previous years, those trends are not yet stopping millennials from purchasing homes and putting down roots,” said Joe Tyrell, executive vice president of corporate strategy for Ellie Mae,” said Joe Tyrell, EVP of Corporate Strategy for Ellie Mae.

Despite the tightening market and rising mortgage rates, purchase loans reflected four percent growth in closed loans at 88 percent, compared to last year. The report showed that, of all closed loans to this demographic, 68 percent were conventional loans. Twenty-seven percent accounted for FHA loans, 2 percent for VA loans and 3 percent were undisclosed.

“It is important for lenders to educate millennials on the value of FHA loans that bring lower down payments and can allow these new homebuyers to stretch their dollar a little further even with rising interest rates,” Tyrell said.

In its additional findings, Ellie Mae’s tracker recorded a sharp rise in interest rates on all loans at 4.96 percent, up from 4.87 percent in September, and a steady rise from 4.13 percent a year ago. The fourth quarter saw an increase in refinances at 11 percent, across all home loans to millennial borrowers.

According to the tracker, the average time taken to close across all home loans was 42 days last month. Purchase loans took an average of 41 days and refinance loans closed in 48 days last month. The FICO scores for millennial borrowers projected stability for the third consecutive month at 722, slightly dropping from 723 in July. The average age of all millennial borrowers remained flat at 29.7 from the previous month, and essentially flat compared to 29.3 in October 2017.

Previous: The Cost of Regulation
Next: Analyzing Lending Practices Under CRA