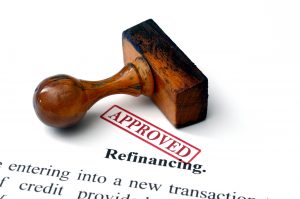 "Mortgage rates declined for the first time in a month, prompting a pickup in refinancing, with government refinances increasing more than 20% over the week. While the 30-year fixed mortgage rate and 15-year fixed mortgage rate both declined only one basis point, the FHA rate fell seven basis points, driving the surge in government refinances,” said Joel Kan, MBA's Associate VP of Economic and Industry Forecasting. “Borrowers are continuing to act on these opportunities, but if rates trend higher as MBA is forecasting, the window of opportunity to refinance will continue to get smaller."

And while apps were on the rise, Fannie Mae’s latest Home Purchase Sentiment Index (HPSI) fell in November, as consumers expressed mixed feelings on home buying and home-selling conditions, but also their greatest economic pessimism in nearly a decade. In November, 74% of HPSI respondents reported that was a good time to sell their home, compared to the 29% of consumers who reported that was a good time to buy.

"The purchase market was slower last week, with applications falling after four consecutive increases,” said Kan. “Activity is still close to the highest level since March 2021, which is a positive sign as the year comes to an end. Purchase activity continues to be constrained by a lack of inventory, combined with rapid rates of home-price appreciation and mortgage rates higher than in 2020."

Home seekers were still challenged by a nearly exhausted supply of homes, as Redfin reported that the number of homes available for sale in November fell by another 38,000 units. Redfin’s study found that as of November 28, the supply of available homes sat at 538,695 units, down from the previous low of 576,695 seen in February 2021.

Short supply continues to impact home prices, as by the close of November, Redfin also reported the median home-sale price hit $360,375, up 1.5% from October, and up 14% year-over-year. Looking further back to pre-pandemic times, prices were up 31% from the same period in 2019.