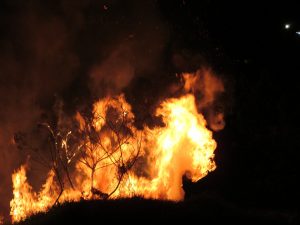 According to a recent Redfin report, the wildfires that ravaged through Northern California in 2018 wreaked havoc on home values across the region. Plummeting home values are not only limited to this neck of the woods. However, as just as a vast majority of America’s housing market is hitting its stride and hot as ever, other areas of the United States have also been hit hard by the pandemic and all of its resulting repercussions.

These struggling areas—where home values continue to decline from this time last year— include Brooklyn, San Francisco, and Portland, Oregon, among others.

As mentioned above, regarding Northern California home values dropping due largely in part by the record-breaking wildfires, one city, in particular, stands out. According to Redfin data, in Paradise, California, home values dropped 20.5% during October when compared with price tags from a year ago. This decline set the city apart as being the zip code that experienced the greatest dip in the entire nation by comparison. (It is important to note that the focus of Redfin’s analysis was on home values versus home-sale prices.)

Redfin chief economist Daryl Fairweather commented on the plight currently facing Paradise in particular: “Relative affordability is luring some buyers into certain wildfire-prone parts of California, but Paradise is not one of them.”

Fairweather added further explanation as to reasons why: “Much of the town was destroyed by the Camp fire two years ago, and the pandemic halted a return to normal life, including a pause on rebuilding the nearly 14,000 homes that were lost in the fire. Most of the properties for sale right now are empty lots where homes used to be. The devastation caused by past fires and the looming threat of future wildfires are causing buyers to look elsewhere.”

Portland Redfin agent Nicole Arnold commented on how she is seeing similar struggles in her area of Oregon: “Peaceful and violent protests have persisted in downtown Portland since the beginning of the summer, and they’ve been disruptive to people living in the area and driven homebuyers to other parts of the city.”

She added: “The civil unrest combined with empty office buildings, closed restaurants, and remote workers’ desire for large homes with a lot of outdoor space have caused home values to decline in the heart of downtown, where homes are relatively small and expensive.”