The 10 Best U.S. Metros for Buying and Selling Homes 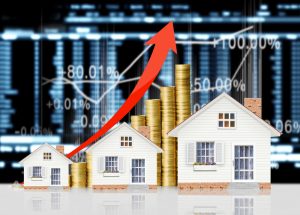 According to a Market Recap data study released by Owners.com, Chicago, Virginia Beach, and Philadelphia have emerged as the best cities for people looking to buy a home. The study revealed the top 10 buyer, seller, and overheated metropolitan statistical areas (MSAs).

Owners says that, within the top 10 buyer markets, homebuyers can expect to find more affordable options with less competition and an average sales price of $297,794. That is $35,330 below the national average, so properties in these areas may be heading towards foreclosure or short sales, making them a potential market for good deals on homes. With less buyer competition, homes in these markets took an average of two weeks longer to sell than the national average. The top 10 cities for homebuyers include:

The Owners.com analysis also identifies seller markets where there are more buyers than homes for sale. The report says that lack of inventory in these markets drove up prices, with the average sale price at $544,102—over $200,000 above the national average. Homes sold almost a month faster than the national average in these markets. The top 10 markets for sellers include:

Hawaii and Grants Pass in Oregon were the most overheated markets in the country according to the report, which identifies overheated markets as those where residents were spending more than 33 percent of their household income on their mortgage payment. In these markets, homes sold for over twice the average U.S. home price and they sold faster by three days than the national average.

You can read the full Owners.com Market Recap by clicking here.

Previous: Servicers Keen on Performance, Technology, and Regulation in 2018
Next: Why Blockchain Is a Perfect Evolution for the Mortgage Industry