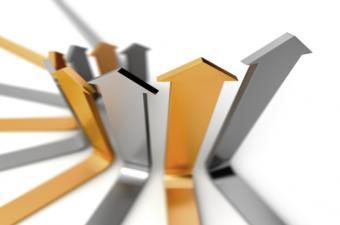 How confident are single-family homebuilders heading into 2017 with a new administration set to begin?

It has been more than 11 years since builders were as confident in the market as they were in December 2016, according to the newest National Association of Home Builders (NAHB)/Wells Fargo Housing Market Index (HMI).

The HMI shot up to a reading of 70 in December, an increase of 7 points from November and its highest point since July 2005, according to NAHB. The HMI’s three components (builder perceptions of current single-family home sales, sales expectations for the next six months, and prospective buyer traffic) are scored and then averaged; an index score over 50 indicates that more builders view conditions as good rather than poor.

NAHB Chief Economist Robert Dietz cited one of the drivers of the increased builder confidence is the hope that the new administration will provide regulatory relief to homebuilders, who have seen their costs rise by more than 29 percent since 2011 due to the heightened regulatory environment, according to NAHB’s research.

Members of the NAHB heard from President-elect Donald Trump in person last summer on the topic of reducing regulatory burdens. One of Trump’s themes during his campaign and particularly since he has been elected is reducing regulation. In August 2016, Trump told the audience at the NAHB 2016 Midyear Board of Directors Meeting in Miami, Florida, “Overregulation, which is a big problem, is costing our economy 2 trillion dollars a year. Think of that. And you are a big beneficiary of overregulation, because there's nobody other than, I would say, the energy industry, that is overregulated more than the home building industry. Nobody.”

On the December HMI, Dietz stated 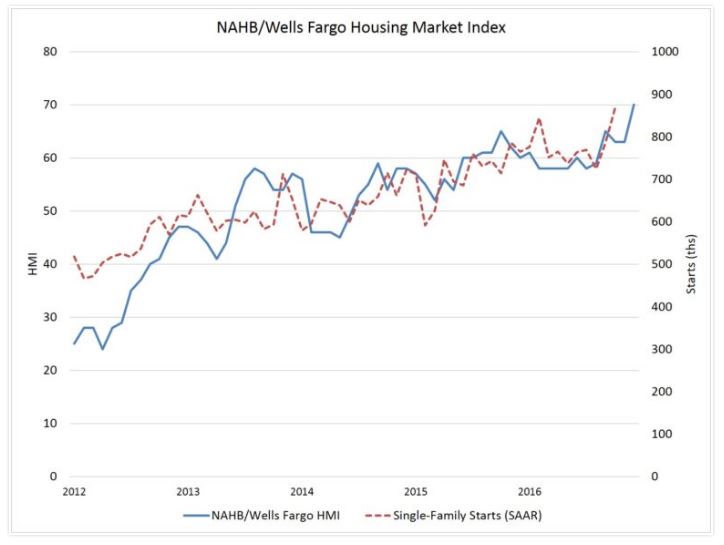 , “While the significant increase in builder confidence for December could be considered an outlier, the fact remains that the economic fundamentals continue to look good for housing as we head into 2017. And the rise in the HMI is consistent with recent gains for the stock market and consumer confidence. At the same time, builders remain sensitive to rising mortgage rates and continue to deal with shortages of lots and labor.”

Further evidence of the increased builder confidence lies within the HMI. The prospective buyer traffic component topped 50 for the first time in more than 11 years, rising by six points in December up to a reading of 53. The components measuring current sales conditions and sales expectations for the next six months spiked by seven and nine points, respectively, up to values of 76 and 78, according to NAHB.

The rise in builder confidence for December also followed a solid new residential construction report from HUD and the Census Bureau that reported an over-the-year gain of 25 percent for new housing starts in October, up to an annual pace of 1.3 million.