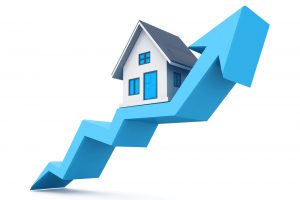 WalletHub said that home sales would rise on a number of factors including the fact that, unlike credit cards, most mortgages aren’t directly affected by Fed rate hikes. Citing data from Freddie Mac, WalletHub points out that nearly 90 percent of mortgages have fixed rates and a 30-year term. Despite Fed recently increasing its target rate by 125 basis points, the average APR on a 30-year fixed rate mortgage has actually fallen a bit since 2015. When people hear rates are rising, they may think the window to borrow on the cheap is closing, and WalletHub predicts this will lead to more home sales.

Citing data from the Federal Reserve Bank of St. Louis and the National Association of Realtors, WalletHub noted  that, through October, existing home sales were 9 percent behind 2016’s pace of 5.45 million homes sold, and WalletHub expects similar results in 2017, continuing into 2018.

“Home sales can be expected to continue to rise in many markets that have yet to recover from the crash a decade back,” Oscar Brookins, an associate professor of economics at Northeastern University, said. “Those markets that have already recovered (primarily the coastal markets) will probably continue growth and attenuate the existent gap between themselves,” he added.

Among its other financial predictions, WalletHub has said that the U.S. GDP growth would  remain near 2.5 percent as the economy continued to rise throughout 2017, and economic expansion was expected to continue through 2018. However, a lot would depend on the fate of the Congressional tax reforms.