How Older Homeowners Are Shaping the Housing Market 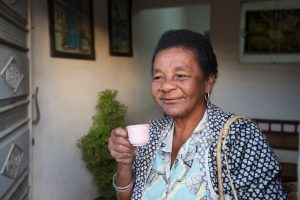 Households aged 65 and over are the fastest-growing demographic, according to data in the “State of the Nation’s Housing” report published by Harvard University’s Joint Center for Housing Studies (JCHS).

The new report found the number of households aged 65 and over increased at an annual rate of nearly one million between 2014 and 2019, increasing this demographic’s percentage share from 24% to 26%. In comparison, households under age 45 grew by a total of one million over the same period. The report forecasted that the U.S. population in the age 75 and over bracket will increase from 23 million to over 34 million people over the next decade, a 48% increase.

This older demographic has also made its presence known in the housing market. While the 2019 national homeownership rate was 64.6%, the rate among older households was 78.6%, with the number of older homeowners rising by more than 2.5 million between 2016 and 2019. On the rental side of housing, adults ages 55 and over were responsible for roughly two-thirds of rental housing growth from 2004 to 2019 and now constitutes more than 13.2 million, or 30%, of all renter households.

However, the report also found that not all older households were enjoying the benefits of homeownership equally.

“Racial/ethnic disparities in homeownership rates persist among older households,” stated Jennifer Molinsky, JCHS Senior Research Associate, in a blog posting. “Over the last decade, the homeownership gap between white and Black older households has widened, climbing from 16 percentage points in 2009 to over 19 percentage points in 2016, where it has remained, according to the Current Population Surveys. The white-Hispanic ownership gap is nearly as large and has not changed substantially over the decade. The gap between white and Asian older adults has narrowed somewhat since 2009 but still exceeds 13 percentage points.”

Molinsky added that older homeowners are also carrying mortgage debt, doubling between 1898 and 2019 from 21% to 42%. Among homeowners aged 80 and over, 27% carried mortgage debt in 2019, compared with only 3% percent 20 years earlier.

“Even before the pandemic, a record number of older households were cost-burdened,” Molinsky said. In 2019, the number of older adult households paying more than a third of their income for housing reached an all-time high of 10.2 million. Fully half this group was severely burdened, spending more than 50% of their income on housing. Cost burdens are higher at older ages, for renters, and for owners with mortgages.”

Previous: Reconsidering Down Payment Assistance
Next: Remembering the Life of ‘Brilliant and Thoughtful’ Kelly Conley