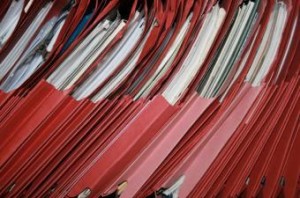 The Federal Housing Finance Agency (FHFA) has published a final rule amending the regulations that address requirements for the Federal Home Loan Banks (Banks)’ new business activity (NBA) notices, according to an announcement from the FHFA.

The proposed rule, which was published on August 23, 2016, sought to modify FHFA’s regulation establishing the process for the Banks submitting NBA notices and the Agency’s subsequent review and approval or denial of those notices. Under the proposed rule, the Banks would be required to submit an NBA notice only for activities that include ‘‘material risks not previously managed by the Bank’’—and also, the acceptance of new types of advance collateral will no longer fall under the definition of new business activity. The proposal called for the establishment of 30- and 80-day timelines for the FHFA to review and approve or deny the notices.

“The rule is basically a housekeeping rule that holds us to a little tighter timeline for getting these new business activities either approved or rejected, and also removes a couple of categories of things that we required or put some restrictions on what has to be put in as a new business activity,” said Fred Graham, Deputy Director for Federal Home Loan Bank Regulation. “Under the existing rule, the Banks had to file a new business activity notice and get approval for it for anytime they decide to accept a different type of collateral. Now we are not going to require new business activities for different types of collateral. The banks know there are restrictions on the type of collateral they can take, but within the categories of acceptable collateral, if they start accepting a type that was acceptable that they hadn't accepted before, they no longer have to submit a notice.”

The FHFA revised the text of the final rule based on comments they received on the proposed rule. The proposal required the Banks to disclose in its NBA notice whether the FHFA had approved the activity in question for any other Bank. The Banks commented that the requirement should be limited to instances where the bank requesting approval for the activity is aware that the FHFA has approved the same activity for another bank.

“The Banks explained that FHFA should have the most comprehensive information on which Banks have previously been approved for particular activities, and that because NBA notices, and any corresponding FHFA approvals, are not public documents, a Bank would not necessarily know whether FHFA has previously approved a given activity for another Bank,” according to the Federal Register.

The final rule will become effective on January 17, 2018.