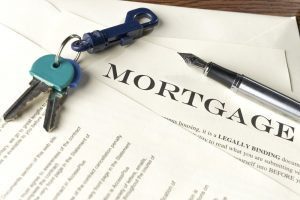 Credit risk in Q3 2017 increased due to a shift in the purchase loan mix to more investor loans and a shift in the refinance loan mix to borrowers with lower credit scores and higher debt-to-income (DTI) ratio according to CoreLogic’s Q3 2017 Housing Credit Index (HCI) released on Tuesday. In Q3, the HCI increased 111.1, up 18 points from 93.1 in Q3 2016 remaining within the HCI benchmark range of 90-121.

“The CoreLogic HCI is up compared to a year ago, in part reflecting a shift in the mix of loans to the purchase market, which typically exhibit higher risk. Looking forward to 2018, with continuing economic and home price growth, we expect credit-risk metrics to rise moderately,” Dr. Frank Nothaft, chief economist for CoreLogic said.

The report noted that while credit score for homebuyers increased seven points year over year between Q3 2016 and Q3 2017, rising from 739 to 746, the share of homebuyers with credit scores under 640 was 2 percent compared with 25 percent in 2001, indicating that the Q3 2017 share was less than one-tenth of the share in 2001.

The report noted that low or no-documentation loans remained a small part of the mortgage market in 2017.

Previous: A Time to Buy or a Time to Sell?
Next: Fannie Mae Offers $10M to Solve Affordability Issues