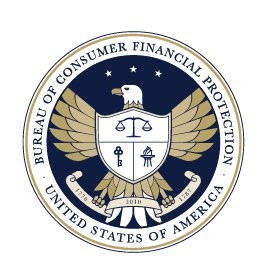 According to the Washington Examiner, in a memo to agency staff, Kraninger said, "As of December 17, 2018, I have officially halted ongoing efforts to make changes to existing products and materials related to the name correction initiative."

“The name ‘Consumer Financial Protection Bureau’ and the existing CFPB logo will continue to be used for all other materials,” Kraninger said in her memo. “In other words, we have a legal name but will be using our colloquial name and the branded acronym ‘CFPB.’”

However, she noted that the Bureau's official seal and the BCFP name would continue to be used in all of the agency's legal filings, required reports, and items specific to her office.

Kraninger's memo comes a day after Sen. Elizabeth Warren called for an investigation into the attempted name change. “Changing the agency’s name and acronym would make it harder for consumers to find the agency’s website, file complaints, and seek help,” Warren said in a letter to the Fed and the CFPB requesting the inquiry.

The bureau's changed name had been at the center of much speculation over the past few weeks. Just before Kraninger's confirmation, an article in the Hill had cited an internal analysis that found that a name change would have cost the agency approximately $19 million and financial firms approximately $300 million in expenses for changing the agency's name from CFPB to BCFP on their databases and documents.

In April this year, Acting Director, Mick Mulvaney had announced plans to alter the bureau's name to the one that was used when the agency was originally created under the Dodd-Frank Act in 2010. “I’m trying to get in the habit of now saying the ‘BCFP,’” Mulvaney had said at an industry event at that time. “The CFPB doesn’t exist,” he added. “The CFPB has never existed.”

Previous: The Last Rate Hike of the Year Is Here
Next: Weighing in on Existing Home Sales