Home >> Daily Dose >> The Fate of Fannie and Freddie

The Fate of Fannie and Freddie 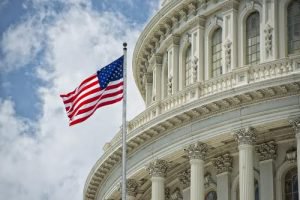 On Friday, the House Financial Services Committee held a hearing to discuss and assess the impact of the Bipartisan Housing Finance Reform Act of 2018 (discussion draft) that was released for public comment in September.

Two panels consisting of leaders from the government and housing industry discussed the impact of this draft on the housing finance market and the need for Congress to address comprehensive housing finance reform during this hearing. The testimonies included how the discussion draft could facilitate a sustainable housing finance system.

Starting off the proceedings, House Financial Committee Chairman, Jeb Hensarling said, "On September 6, my colleagues across the aisle, Mr. Delaney of Maryland and Mr. Himes of Connecticut, and I released publicly a discussion draft of a Bipartisan Housing Finance Reform Act 2018, which offers a bipartisan path forward to fix our housing finance system through a grand bargain," Hensarling said. "Our legislation will repeal the GSE charters permanently ending their monopoly and transition to a system that allows qualified mortgages backed by an improved private credit enhancing with regulated diversified capital resources to access the explicit full government securitization guarantee provided by Ginnie Mae."

Thanking the witnesses, Hensarling said that he wanted to hear their feedback on how to improve this discussion draft.

In his testimony on the first panel at the hearing, Edward DeMarco, President of the Housing Policy Council (HPC) said that the discussion draft "moved the debate over housing finance reform forward in several key aspects." DeMarco was the  Senior Deputy Director and COO at the Federal Housing Finance Agency (FHFA) when the GSEs were placed under its conservatorship 10 years ago and later lead it as Acting Director.

Saying that the HPC supported this bill, DeMarco touched upon components that needed additional consideration and revision as well as a few areas of concern.

Calling for the inclusion of the Federal Housing Administration (FHA) into the bill, DeMarco said, "The omission of FHA introduces troublesome incentives that could create added loan volume and risk for FHA. We believe that any housing finance reform proposal should fully envision and embrace complementary rules and requirements for both conventional conforming and government-backed mortgages, to ensure a balanced continuum of financing options for all consumers aspiring to homeownership as well as equitable treatment and fair competition for all industry stakeholders."

In her testimony, Diane Yentel, President and CEO of National Low Income Housing Coalition (NLIHC) discussed the country's severe shortage of affordable homes for the lost income people and the opportunity that housing finance reform presented to expand the National Housing Trust Fund (NTF) to help alleviate the crisis. "The foundation of any housing finance system must be to ensure decent, affordable homes for both homeowners and renters, including households with the lowest incomes," Yentel said.

Speaking on behalf of the National Association of Realtors (NAR), Vince Malta, the President-Elect of the association said, "NAR strongly supports many of the discussion draft's provisions and believes the foundation for the future housing finance system much include an explicit government guarantee, regulatory flexibility, strong and reasonable regulatory authority, use of the Common Securitization Platform, and establishing a cash window."

Looking at the bill from a lender's perspective, Robert Broeksmit, President and CEO of the MBA told the committee that the association believed that robust competition in the secondary market promoted a highly competitive primary market, which in turn, "provides borrowers with greater choice at affordable prices. Additionally, the draft includes numerous provisions that prohibit discrimination on lender size or business model, which we agree is of paramount importance."

Jerry Howard, CEO of the National Association of Home Builders (NAHB) told the committee that NAHB believed many regulatory reforms undertaken at the GSEs under the direction of the FHFA had strengthened the safety and soundness of the housing finance system and needed to ultimately be codified in legislation. "NAHB appreciates that the Act has incorporated several components of these reforms, including access for small lenders, the use of the common securitization platform, and pricing parity across lenders," Howard said.

According to Don Calcaterra Jr. President, Local Lending Group Loans and VP, Community Home Lender Association,  the bill provided many good provisions from a small lender's perspective. However, he asked for more protections for small lenders to be included in it.

Representing the National Association of Federally-insured Credit Unions (NAFCU), Rick Stafford, President and CEO, Tower Federal Credit Union told the committee that there were a number of positive aspects about the bill. "Still, the current system works for credit unions and we urge you to move cautiously with any reforms. As you consider housing finance reform, we urge you to adhere to the credit union principles outlined in my testimony," he said.

During her testimony, Lindsey Johnson, President U.S. Mortgage Insurers (USMI) said, "We believe using Ginnie Mae is a sensible means to create a system that puts consumers and taxpayers’ interests first. As Congress considers the viability of allowing Ginnie Mae to guaranty conventional loans, USMI thinks a good first step would be to consider a pilot program within Ginnie Mae to substitute loan-level private credit enhancements for insurance provided by a federal agency."

However, Dr, Norbert J. Michel, Director, Center for Data Analysis, The Heritage Foundation said that if policymakers want to make housing more affordable, they should push for an open, vibrant, competitive market, without heavy regulation and government guarantees.

To read the detailed testimonies and the memorandum of the bill, click here.