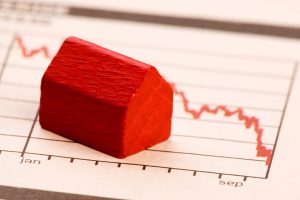 RE/MAX has issued its National Housing Report for November 2021, and it seems that buyers nationwide are receiving some sort of relief as November's median sales price dropped 2.9% to $330,000, $10,000 below October's median price of $340,000–the largest monthly decline in median prices since the pandemic began.

Home sales declined only 4.9% from October, much less than the anticipated seasonal decrease of 12% this time of year.

Adding to the complex conditions, the number of homes for sale fell to a new low in the 14-year history of the report, declining 17.7% from October. The 1.2 Months Supply of Inventory in November dropped from October’s 1.4 and was only 0.1 of a month more than the report record of 1.1 set in March, and matched in April, May, and June.

The average time to close on a new home in November averaged 29 days, up two days from October’s total of 27 days. RE/MAX defines “Days on Market” as the number of days between when a home is first listed with an MLS, and a sales contract is signed.

"The market is roaring along, with only half the seasonal slowdown we typically see from October to November," said Nick Bailey, President of RE/MAX LLC. "The small drop in prices is great news for buyers, and it could be an early sign of some balance coming back into the market.

Closed transactions
Of the 51 metro areas surveyed by RE/MAX in November, the overall average number of home sales was down 4.9% compared to October 2021, and down 0.1% compared to November 2020. The markets with the biggest decrease in year-over-year sales percentage were Billings, Montana at -13.0%; San Antonio, Texas at -11.4%; and San Diego, California at -11.0%. Leading in year-over-year sales percentage increases were Honolulu, Hawaii at +31.5%; Tulsa, Oklahoma at +13.4%; and Wilmington/Dover, Delaware at +12.7%. 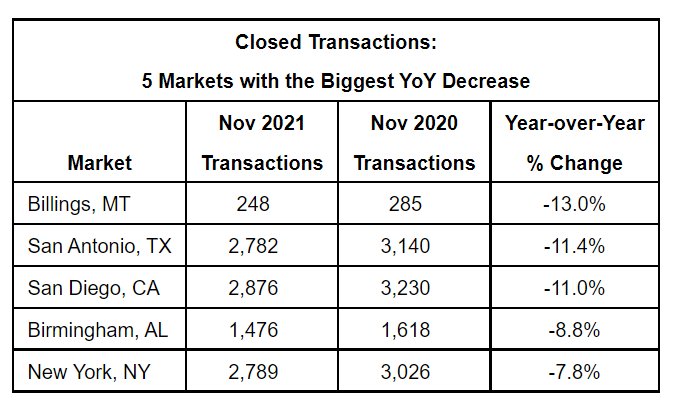 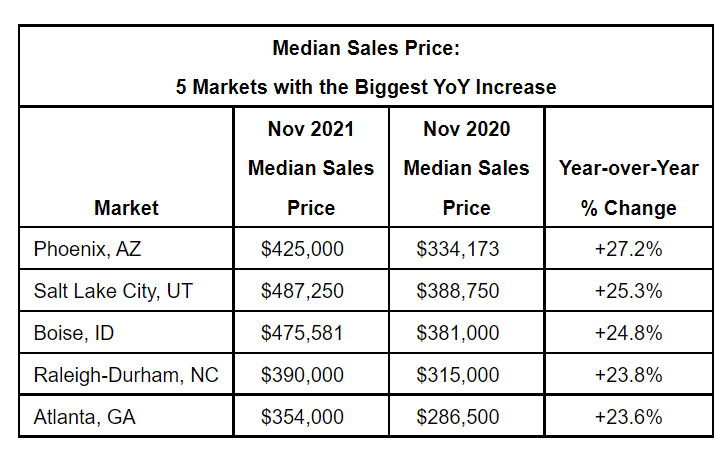 "The lack of available inventory continues to be a challenge, but 2021 has been a very strong year for home sales,” said Bailey. “That says a lot about the resiliency of the housing market and the importance of homeownership in people's lives. With work flexibility, low interest rates, generational factors and continued high demand, we're heading into 2022 with plenty of reasons to be optimistic."

Days on market
The average days on market for homes sold in November 2021 was 29, up two days from the average of 27 in October 2021, and down eight days from the average of 21 days in November 2020. Areas reporting the lowest days on Market were Nashville, Tennessee at 12, and a tie between Omaha, Nebraska and Cincinnati, Ohio at 16 days. The areas with the highest number of days on market averages were found in Des Moines, Iowa at 86 days; Miami, Florida at 78 days and New York, New York at 69 days. 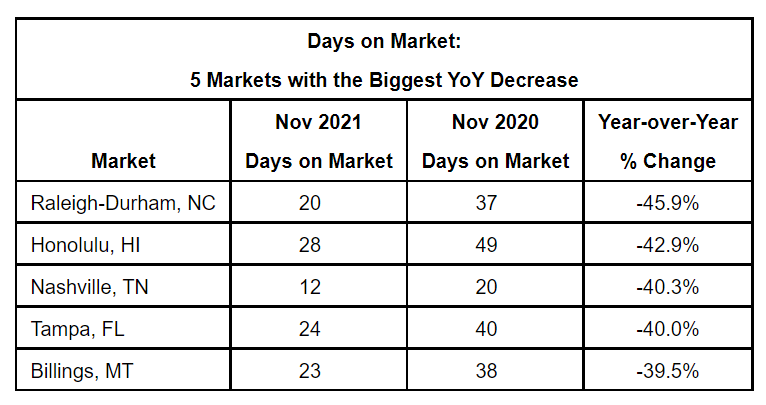