Home >> Daily Dose >> Weather is Cooling, But Demand is Not

Weather is Cooling, But Demand is Not 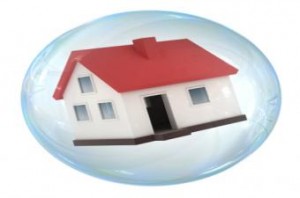 The fall months are typically the off-season for housing, but that was not the case this time around. Realtor.com reports that already strong demand for buying single-family housing has only gotten stronger in the last couple of months as mortgage interest rates have risen higher.

Not even record home prices have slowed the demand for housing. Realtor.com reported a median list price of $250,000 in December, which is an increase of 9 percent from December 2015 and an all-time high for the month of December—despite the fact that the median list price usually drops during the fall and winter months.

“We saw evidence of a stronger-than-normal off-season in September and October due to pent-up demand and surging interest from first-time buyers,” realtor.com Chief Economist Jonathan Smoke said. “Since the election, demand seems to have intensified, possibly in reaction to a jump in mortgage rates. Now buyers seem to feel a sense of urgency as they face the threat of rates that may approach multi-year highs in the months ahead. The downside to this strong fall is that 2017 will begin with a new low volume of available homes for sale.”

The result of such strong demand for homes has been a near-record short supply of homes for sale. Realtor.com said the expected 300,000 new listings in December will sell quickly. Listing inventory declined by 7 percent over-the-month and 11 percent over-the-year in December, according to realtor.com. In its November existing-home sales report, the National Association of Realtors (NAR) reported a similar decline in the number of existing-homes for sale nationwide—1.85 million in November, down from 2.04 million the previous November (9.3 percent).

Homes are also selling faster this December than they were last December—five days faster, to be exact (88 days this year compared to 93 last year), realtor.com reported. And in realtor.com’s 20 hottest housing markets, inventory is moving between 22 to 40 days faster on average than the rest of the country. California placed 12 markets in the top 20 and four in the top five (first, San Francisco; third, Vallejo; fourth, San Jose; fifth, San Diego). The only non-California market in the top five was second-place Dallas.

Previous: Here is What is Moving Home Prices Upward
Next: Thousands of HARP-Eligible Borrowers are ‘in the Money’