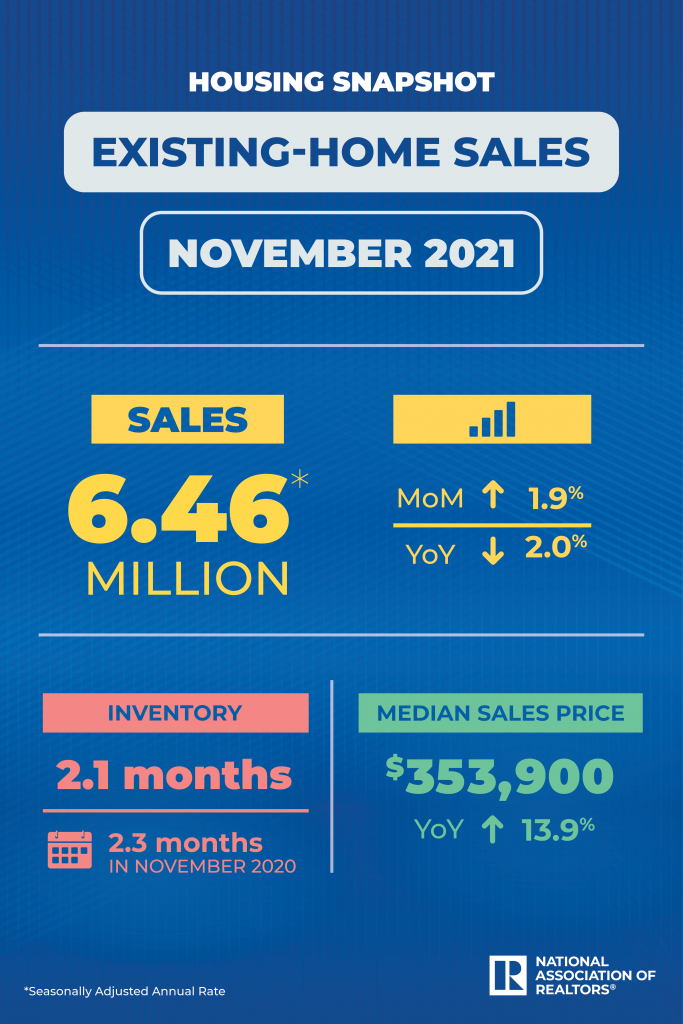 The National Association of Realtors (NAR) has reported that, in the month of November, existing-home sales rose 1.9% in November from October, to a seasonally adjusted annual rate of 6.46 million, marking three consecutive months of increases. Sales fell 2% year-over-year when 6.59 million homes were recorded as sold in November 2020.

“Determined buyers were able to land housing before mortgage rates rise further in the coming months,” said Lawrence Yun, NAR’s Chief Economist. “Locking in a constant and firm mortgage payment motivated many consumers who grew weary of escalating rents over the last year.”

Many renters on the fence seeking home purchases were spurred to become buyers as rents have risen dramatically due to continued short supply issues. CoreLogic’s latest Single-Family Rent Index (SFRI) has shown a national rent increase of 10.9% year-over-year in October 2021, up from a 3.2% year-over-year increase in October 2020. Rent prices continued their strong upward momentum into Q4 as vacancy rates remained near 25-year lows.

And with still-favorable mortgage rates, this rent hike may have been the answer to those wavering on a home purchase.

“Relatively warmer weather and flat mortgage rates encouraged buyers to look for homes in November,” said George Ratiu, Manager of Economic Research for Realtor.com. “However, even with mortgage rates moving mostly sideways during the month, many first-time buyers felt the pressures of rising inflation and higher house prices.”

While rates may be favorable, NAR reports that the median existing-home sales price rose 13.9% year-over-year to $353,900 in November, marking 117 straight months of year-over-year increases, the longest-running streak on record according to NAR.

NAR also reported that total housing inventory at the end of November stood at 1.11 million units nationwide, down 9.8% from October 2021, and down 13.3% year-over-year (1.28 million). Unsold inventory sits at a 2.1-month supply at the current sales pace, a decline from both the prior month and from one year ago.

“The 1.1 million units for sale is less than half of the historical average,” said Joel Kan, AVP of Economic and Industry Forecasting for the Mortgage Bankers Association (MBA). “Buyers continued to snap up available homes, as for-sale listings only lasted 18 days on the market. This swift competition continues to exert upward pressure on sales prices, overall home-price growth, and is impacting prospective first-time buyers. They continued to struggle reaching the market and only represented 26% of all sales last month – down from 29% in October and 32% last November.” 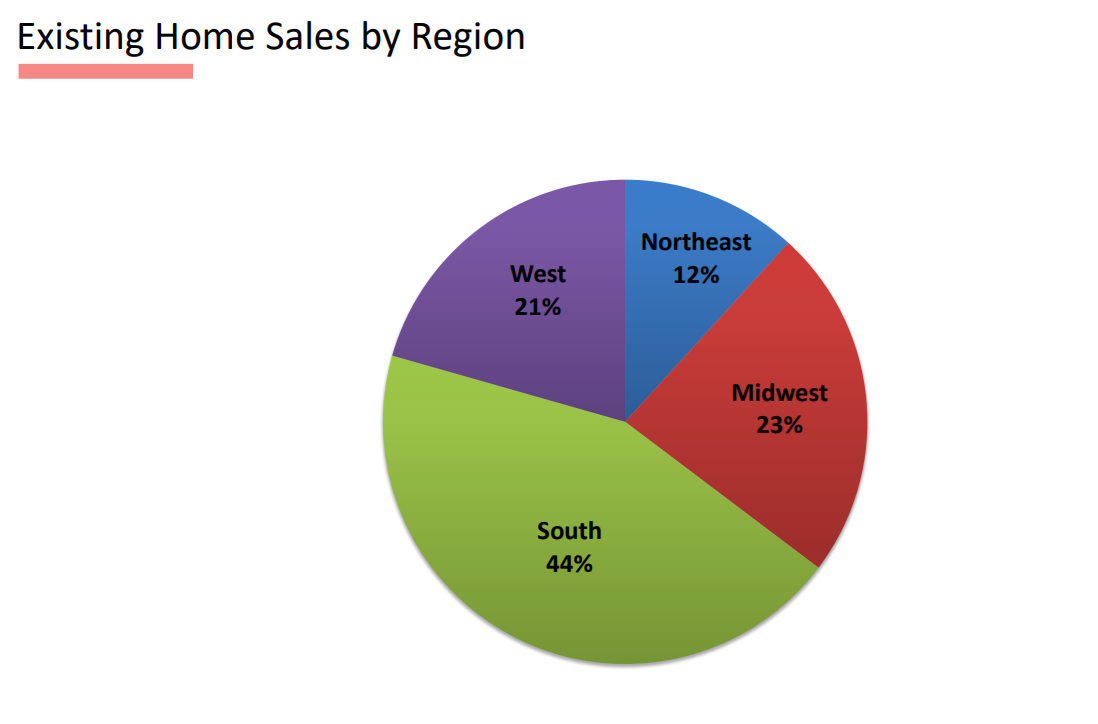 Some of NAR’s findings regionally in November included: