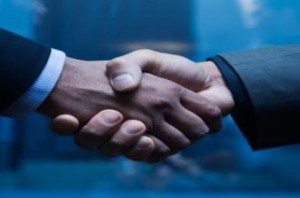 The mortgage and servicing industry may be on the steady road to recovery, but servicers themselves are under intense pressure from investors and regulators to ensure a positive consumer experience. That’s the sentiment behind a white paper titled “Minimizing Servicer Risk with Pre-Foreclosure Reports” by American Tax & Property Reporting (ATPR) that urges servicers to find ways to manage foreclosures without disturbing the borrower relationship.

According to ATPR, when a loan goes into default, the servicer “does not have the luxury of speaking in the aggregate and boasting about the overall fall in default rates. Indeed, the rate of borrower default has further to fall.”

One issue is that consumer advocates often falsely claim that investors benefit from foreclosure.

But moreover, the problem of default is even worse for servicers.

“As soon as a borrower becomes delinquent,” ATPR stated, “the servicer’s costs increase and its work becomes more difficult.”

The communications breakdown when a loan goes into default merely exaggerate the problems servicers are facing, ATPR reported. When a borrower misses a payment, communication between borrower and lender becomes significantly more difficult. And the more delinquent the loan gets, “the more distant the borrower becomes until the servicer finds continued communication almost impossible.”

Even in the current market, where default rates are falling and the numbers of delinquent and REO sales are steadily decreasing, “servicers must remain constantly aware of the risk present in each deal they service, both on the borrower side and the collateral side,” the report stated.

The white paper suggested that servicers consider valuation reports, which the firm said gives servicers a good idea of what the property might sell for if the servicer is forced to foreclose. This, however, does not provide enough information for the servicer to determine whether foreclosure makes sense.

“For that,” the white paper stated, “the servicer must have more information about the owners on the deed and any other liens present on the property.”

Pre-foreclosure reports, the paper concluded, provide the information an investor needs to mitigate risks, especially when dealing with portfolios of distressed assets.

Previous: Thousands of HARP-Eligible Borrowers are ‘in the Money’
Next: New Home Sales Near Post-Recession Peak