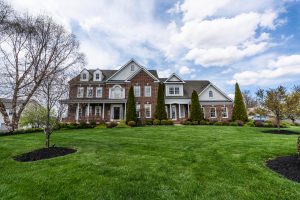 This fall, as affluent Americans were more likely to possess the means and flexibility to relocate during COVID-19, luxury home sales easily outdistanced the 7% spurt in the sales of their affordable counterparts, according to Redfin.com.

There was an unabashed uptick of 60.7% year over year during the three months ending November 30, the most pronounced leap since at least 2013, when Redfin began recording this data. It almost quadrupled the growth witnessed during the three months ending Feb. 29—prior to coronavirus evolving into a pandemic. On top of that, as the country “K-shaped” economic rebound enabled its most well to do homebuyers to pocket more cash, America outdistanced the pace of the 14.8% sales jump of mid-priced homes as well as the 6.8% leapfrog in affordable home sales.

What’s more, in the aftermath of the approximately 30% pullback in the spring, with the deceleration of the U.S. unemployment rate, affordable home sales found regained traction. While promising, there’s still a ways to go given the growth in the luxury tier thanks to high-earning Americans leveraging strides in the stock market, augmented by record-low mortgage rates and the ability to work remotely, said Redfin Chief Economist Daryl Fairweather.

Growth by at least double digits in luxury-home sales during the three months ending November 30 unfolded in the 49 most populated U.S. metropolitan areas. Newark, NJ, where luxury homes sales took off, reaching 101.6%, paced the pack. Following were West Palm Beach, which rose 97.1%, and San Antonio, 82.4%. Completing the top five, Riverside, CA and Jacksonville were up about 80% each. Even Cincinnati, which had the most tepid growth rate, rose 16.7% in luxury sales.

“Low- and middle-income Americans aren’t out of the woods when it comes to this recession. Affluent Americans are out of the woods, and they’re at their beach houses sipping margaritas,” Fairweather said. “When times are tough, banks are most likely to dole out home loans to the people who need them the least.”

The third quarter saw the largest increase in luxury home sales since 2013 with a 41.5% increase year-over-year, according to a previous report from Redfin.