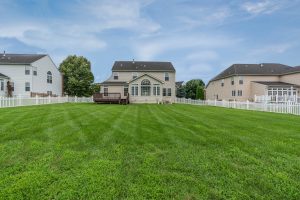 It was not a November to remember for the housing market as sales of new single-family homes dropped 11% from the previous month to their lowest point since June.

According to data released by the U.S. Census Bureau and the Department of Housing and Urban Development, sales of new single-family houses last month were at a seasonally adjusted annual rate of 841,000. But despite the 11% decline from October’s revised rate of 945,000, the sales rate was also 20.8% above November 2019 estimate of 696,000.

The seasonally-adjusted estimate of new houses for sale at the end of November was 286,000, which represented a 4.1-month supply at the current sales rate. The median sales price of new houses sold last month was $335,300 and the average sales price was $390,100.

Industry reaction to the new data was not encouraging. Realtor.com Senior Economist George Ratiu noted the month-over-month decline was primarily fueled by “double-digit declines in the Midwest and West,” adding that the 5% year-over-year spike in home prices does not bode well for buyers seeking affordable homeownership opportunities.

“In a sign that affordability will remain a primary challenge, sales of entry-level homes—priced below $200,000—accounted for only 2% of total sales,” Ratiu said. “These numbers reflected the slowing economy, rising unemployment claims, and growing affordability challenge, which hampered activity despite record-low mortgage rates.”

Doug Duncan, Fannie Mae’s Chief Economist, attributed the sales decline to a “comparative lack of new homes available for purchase, rather than a significant slowdown in demand. Prior to the data revision, the month’s supply of homes for sale at the current pace was only 3.3, a record low in the series dating back to 1963, while the share of homes sold-but-not-yet-started was at a level only seen during the housing bubble in 2005.”

Duncan added, “We expect a strong pace of sales to continue into the new year, but a further pullback may still occur over the next couple of months.”

“The home building industry saw a historic gap between the pace of new home sales and construction of for-sale single-family housing this fall,” said Dietz. “As a result, the pace of new home sales was expected to slow to allow construction to catch up. This appears to have occurred in November as inventory of completed, ready to occupy new homes was down 43% compared to November 2019 at just 43,000 homes nationwide.”

2020-12-23
Christina Hughes Babb
Previous: How Much Does Your Neighborhood Grocery Store Impact Home Values?
Next: The American Dream is Becoming Less Affordable