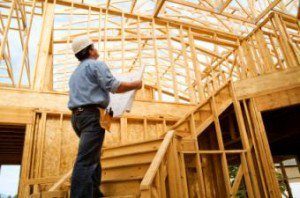 The U.S. Census Bureau will release its latest reading on construction spending on Monday, March 2.

The report states that falling mortgage rates have helped lead to the sixth consecutive monthly increase after declines in the first half of 2019. The total value of private residential construction was $514.3 billion in 2019, which is 4.7% lower than in 2018.

The monthly increase from November to December is due to the growth of single-family construction and remodeling. Single-family spending was at an annual pace of $289.3 billion—up 2.7% in December and 5.2% from December 2018.

Non-residential construction, however, fell 1.8% in December to $450.5 billion and fell marginally 0.1% annually.

The rise in residential construction has caused the price of lumber to grow as more new are being built that any time since the Great Recession, according to the Wall Street Journal.

The Journal states that lumber futures are up more than one-third from last June’s lows. Futures for March delivery closed at $422.30 per 1,000-board feet on the Chicago Mercantile Exchange.

Shares of the largest timber company, Weyerhaesuer Co., are up about 5.5% over the last year but still a quarter below the highs from June 2018.

Weyerhaesuer on Friday said it lost $76 million in 2019, compared with a $748 million profit the year before.

The company attributed its issues last year from the trade dispute with China, which caused the company to reduce log exports from the U.S. Southeast, as well as a flood of cheap competition from European spruce logs salvaged after beetle attacks.

The slowing of price growth for building materials could be seen as positive news, as a report by the NAHB last year that increasing regulatory costs, the shortage of construction workers, tariffs on $10 billion worth of building materials, and concerns over housing finance have impacted housing affordability.

2020-02-28
Mike Albanese
Previous: Former CFPB Director Reflects on Tenure
Next: Are Rate Cuts on the Way?