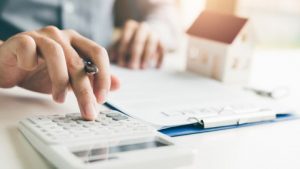 "As we noted back in November, the Federal Reserve's unwinding of its bond buying program has been having a stronger impact on mortgage rates than Treasury yields," said Scott Happ, President, Optimal Blue, a division of Black Knight. "Driven by Fed policy and exacerbated by global instability, we've seen the spread between 30-year conforming rates and 10-year Treasury yields climb more than 40 basis points in just three months, topping 2.25% in February. Our OBMMI daily interest rate tracker showed the average 30-year conforming rate top 4% in February for the first time in more than two years, closing out the month at 4.09%."

The month's pipeline data showed rate locks falling 5.4% from January, driven in part by declines in both cash-out and rate/term refinance locks, which saw month-over-month drops of 15.3% and 34.1%, respectively. Rate/term refinance lending activity was down for the fifth consecutive month, falling to the lowest level in three years–now more than 80% off 2021 levels.

Cash-out locks, which have been buffered from rising rates by soaring home values, registered a 6.3% year-over-year decline in February. Nonconforming loan products continued to gain market share at the expense of agency volumes as the pace of home price growth has reaccelerated. Pull-through rates–the share of locks that result in funded loans–fell on both purchase and refinance locks, with refi pull-through falling to just 68.6%.

"While refinance activity took a hit in February due to sharp rises in conforming rates, purchase lending rose again on strong homebuyer demand," said Happ. "The 7.2% month-over-month increase in purchase locks pushed February purchase volumes up 5.6% from the same time last year. The average home loan amount continues to climb in the face of rising home prices and tightening affordability. Indeed, February's $6,500 jump pushed that average to just under $354,000. In turn, nonconforming products – including both jumbos and loans with expanded guidelines – accounted for a full 17% of the month's lock activity."

Previous: More Buyers Securing Homes With Cash Offers
Next: Who Is Bearing the Brunt of Supply Chain Issues?