According to a new report from Redfin, some 60% of homes that went under contract during the four-week period ending March 6 found a buyer within two weeks—an all-time high—which appeared around the same time as supply declined to a new low.

Consumers who recently sold their homes also experienced the biggest price premiums ever seen this time of year, with the typical home selling for 1.1% above list price. Compared to the same time last year, the typical home sold for 0.3% below list price, and the median home sale price shot up 16% year-over-year to a new high of $369,125.

“Homebuyers are in a frenzy,” said Redfin Deputy Chief Economist Taylor Marr. “Buyers are reacting to changes in mortgage rates but are so far unfazed by the war in Ukraine, stock market volatility and rising oil prices. However, these risks are reaching levels that could be dangerous for the economy, and the Fed is on the cusp of raising rates further to cool inflation. The silver lining for housing is that the spike in mortgage rates has paused for now.” 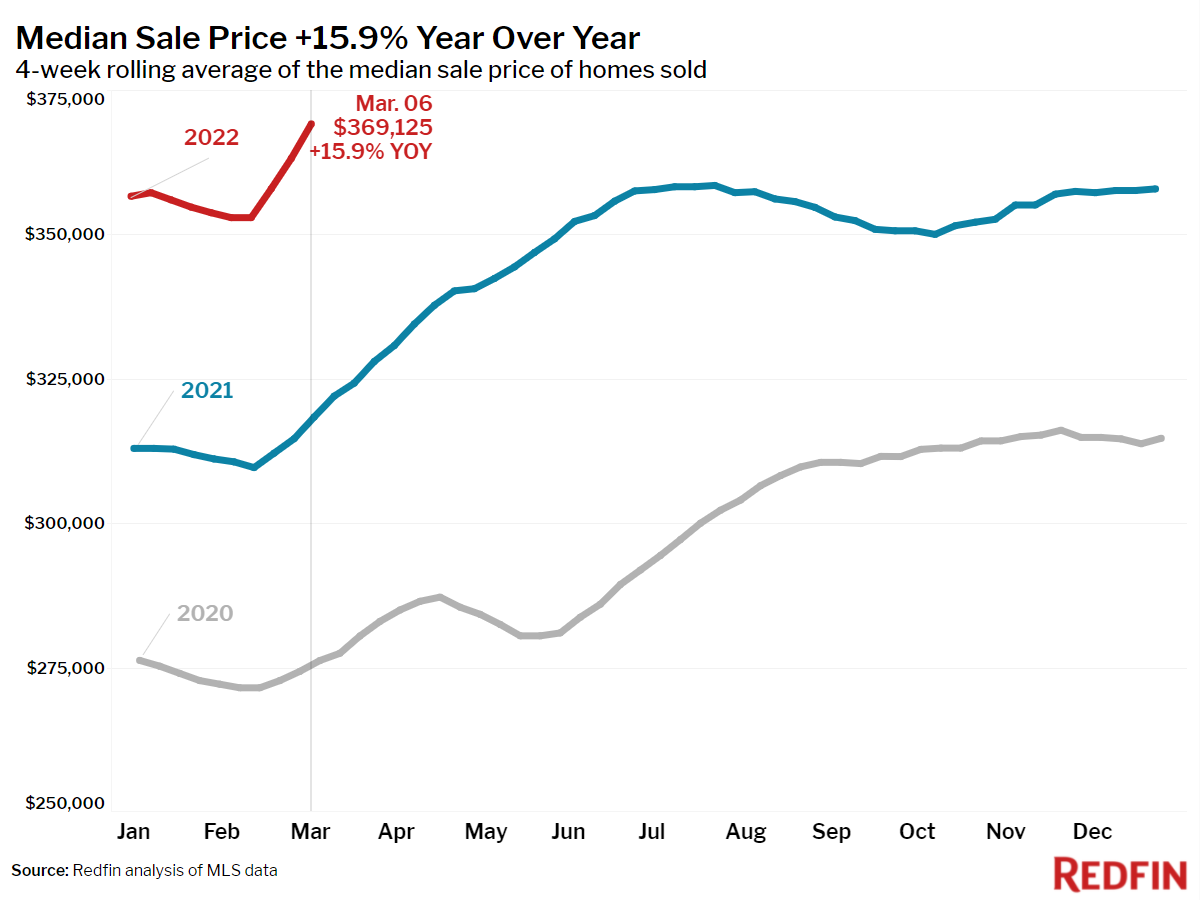 Overall, the Redfin Homebuyer Demand Index rose less than 0.1% from the previous week during the seven-day period ending March 6 and was up 10% from a year earlier. 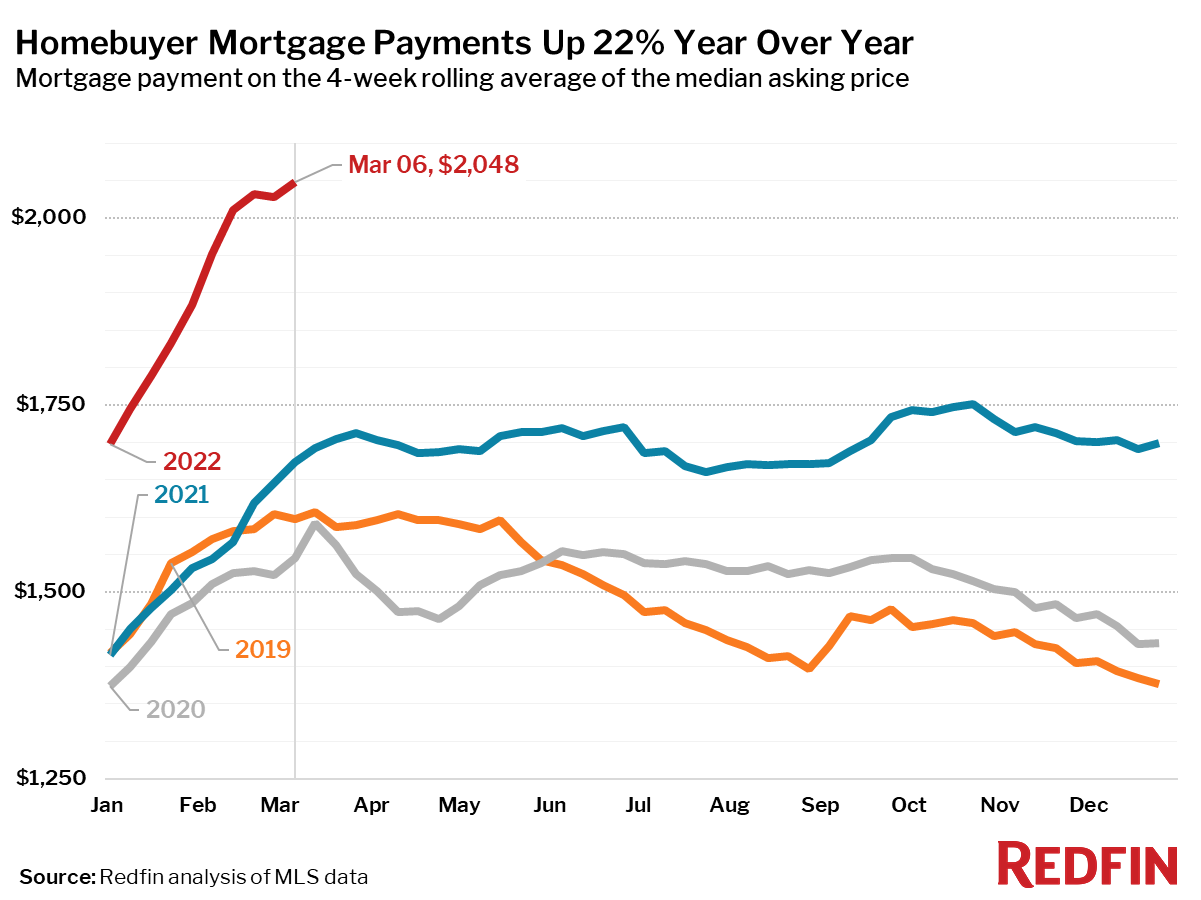 Previous: Why ‘Listapalooza’ Might Be a Key Week for Home Sellers
Next: Fed Raises Rates for First Time in Four Years