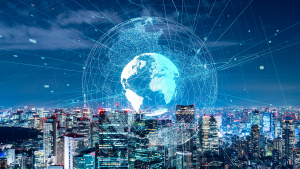 According to the April 2022 commentary from the Fannie Mae Economic and Strategic Research (ESR) Group, expectations of aggressive monetary policy tightening through 2023 by the Federal Reserve are expected to further moderate economic output already being weighed down by decades-high inflation, and the ongoing effects stemming from the Russian invasion of Ukraine.

The forecast shows that the projected downturn is not expected to resemble the severity or duration of the Great Recession due to multiple factors, including, from a housing market perspective, stronger mortgage credit quality, a far less-leveraged residential real estate and mortgage finance system, and a better equipped mortgage servicer and public policy apparatus – along with ongoing housing supply constraints relative to demographic demand for housing.

“We continue to see multiple drivers of economic growth through 2022, but the need to rein in inflation, combined with other economic indicators, such as the recent inversion of the Treasury yield curve, led us to meaningfully downgrade our expectations for economic growth in 2023,” said Doug Duncan, Fannie Mae Senior VP and Chief Economist. “The tight labor market and continued demand for workers, the need for firms to rebuild inventories, and the slowing of some transitory inflation impulses all suggest to us that 2022 will grow a bit faster than long-run trend growth.”

Duncan suggested that although current market conditions are unstable, it isn’t predicted to crash anytime soon, but will see similarities from the 2008 recession.

“However, as the remaining fiscal policy stimuli fade and the predicted tightening of monetary policy works its way through the economy, we expect the impact of these factors to diminish. Data from U.S. economic history suggest that successfully negotiating a ‘soft landing’ requires monetary tightening to be pre-emptive rather than responsive. As such, we’ve updated our 2023 forecast to include a modest recession, but one that we do not expect to be similar in magnitude or duration to the recession of 2008.”

The ESR Group’s latest forecast includes downgrades of 0.2 and 2.4 percentage points, to 2022 and 2023 real GDP growth, including an expectation of a period of modest contraction in the second half of 2023.

“We expect housing to slow over our forecast horizon, as well. Mortgage rates have ratchetted up dramatically over the past few months, and historically such large movements have ended with a housing slowdown. Consequently, we expect home sales, house prices, and mortgage volumes to cool over the next two years. In particular, we expect house price growth to decelerate to a pace more consistent with income growth and interest rates. Households with a 3%, 30-year, fixed-rate mortgage are unlikely to give that up in favor of a mortgage closer to 5%, and we expect this so-called ‘lock-in’ effect to weigh on home sales. Moreover, if mortgage rates remain relatively elevated, we expect the added affordability constraint to price out some would-be first-time homebuyers and contribute to the slowing of demand.”