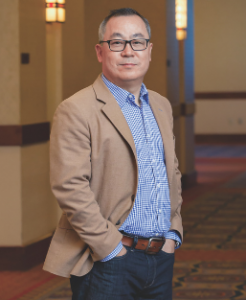 Churchill Mortgage announced that it has continued its expansion across the Pacific Northwest with the appointment of Kelly Lee as Senior VP of Production for the Northwest region. Lee will oversee the rapidly growing PNW division, including all production across the region's 30 branches.

With more than 20 years of experience in the mortgage industry, Lee brings a wealth of knowledge to the table through an impressive track record of continual market growth and senior positions at noteworthy companies, including EVP, Divisional Manager at PrimeLending.

In this role, Lee was able to grow PrimeLending's West Coast presence over the course of seven years from $280 million to $3.1 billion, eventually leading to a role expansion that allowed him to oversee the management of $7.25 billion. Prior to PrimeLending, Lee was Vice President of Sales and EVP for a regional mortgage company and is a U.S. Army veteran.

"In addition to being a natural servant leader with a proven track record of developing profitable branches in the Pacific Northwest, Kelly has been a longtime mentor to me since I first started out in this business," said Kevin J. Hanna, President of the Churchill Mortgage Pacific Northwest Region. "He's an undeniable asset to the team with his attention to detail, knack for collaborative problem solving and dedication to a people-centric culture. We're assembling the dream team to create something that hasn't been seen or done before in the mortgage industry. Our people over profits approach, commitment to debt-free homeownership and creation of a truly revolutionary platform will propel us to the top as we keep our clients and customers top-of-mind."

The PNW division started in 2019 with just a single office in Portland and four team members. Now, the branch has grown to over 30 locations with 150 teammates across seven states, boasting a diverse mix of industry veterans and rising stars that are ingrained in their local communities. While the rest of the mortgage industry appears to be retreating, Churchill continues to move in the opposite direction, hitting record numbers and targeting high growth projections.

"Many mortgage companies are having a difficult time right now weathering market headwinds, but Churchill, especially on the West Coast, is moving in the opposite trajectory," said Jeff Miller, VP of the Churchill Mortgage Northwest Region. "Business is booming and we're fully invested in growing our team and our regional presence as we enhance our customer service capabilities. Prospective buyers have quickly recognized that Churchill's process-oriented approach puts them in the best position for long-term financial growth and stability. We're building something different here and we're proud of what we've been able to accomplish thus far."