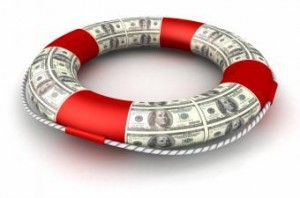 That is what Congressman Tim Ryan (D-Ohio) is aiming for with his latest proposal, the Building Equity for the American Middle-Class (BEAM) Act. Ryan’s bill would create a 50 percent refundable tax credit of up to $1,000 on additional principal payments homeowners make aside from their required monthly payments.

The goal of the BEAM Act is to help homeowners build equity (thus creating wealth), reduce debt, and pay off mortgages more quickly. A homeowner who buys a $200,000 home and puts 10 percent down would save about $20,000 over the life of the mortgage and pay off their loan about two and a half years early, according to Ryan.

“Owning a home is an integral part of the American Dream,” Ryan said. “But this ‘Dream’ should be attainable for every hardworking American. This legislation will help millions pay down their mortgages, making it easier for them to make ends meet and giving them additional financial flexibility to spend their hard earned money on what matters the most—their families.”

Washington, D.C.-based think tank Third Way pointed out in a recent commentary that another housing bubble is inevitable because federal tax policy still encourages high debt levels even though post-crisis regulation has prevented the type of risky lending that led to the housing crash. Third Way fellow Paul LaPointe and SVP Jim Kessler noted in the commentary that years after the recession, underwater mortgages continue to lock homeowners into negative equity, making it difficult for them to move or build any wealth. Many of these homeowners are required to hold private mortgage insurance, which makes it even tougher to get back into positive equity.

“The BEAM Act could prevent millions of Americans from losing their homes the next time disaster strikes.”

“The BEAM Act could prevent millions of Americans from losing their homes the next time disaster strikes,” LaPointe and Kessler wrote. “Only families with middle class or modest incomes would be eligible, so it would help those most at risk in a housing downturn. It would incentivize banks to issue a new kind of mortgage that encourages paying down principal more quickly—a welcome change to a market that has pushed debt. It would bring peace of mind and added security to homeowners as they build equity in their homes.”

“Housing has long been seen as a key source of wealth building for those who can buy a home,” McCargo said. “The housing crisis showed us the ugly side of the coin if borrowers don’t have sufficient equity in their home or are unable to tap it when their incomes diminish. This bill may be helpful to some borrowers in building equity faster in the long term.”

McCargo noted that the HFPC plans to release an in-depth study in mid-July on how housing wealth is translating to middle-income borrowers.

“Our study shows that, in general, younger age cohorts and those in lower-cost areas have relatively less equity in their homes,”  she said. “If the BEAM Act helped them build equity more quickly, they might have greater financial stability and a larger nest egg for the future. However, it is important to note that given that historically low interest rates on mortgages now and for the foreseeable future, paying principal early on a higher interest rate debt may be the better bet when it comes to the overall economic benefit to borrowers.”