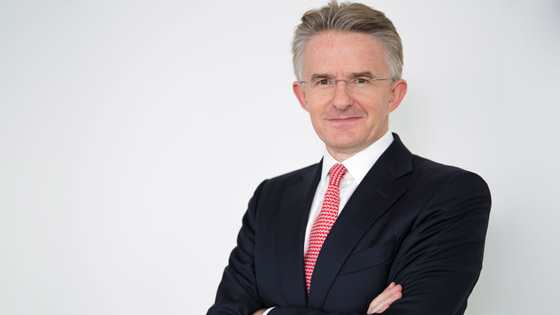 Flint joined the bank in 1989, and according to Group Chairman Mark Tucker, who led the search to find Gulliver’s successor, during Flint’s tenure he has developed a broad banking experience across regions, businesses, and functions, and has a great understanding and regard for HSBC’s heritage.

“I am humbled by the responsibility and enormously excited by the opportunity to lead HSBC as Group CEO,” said Flint. “The bank is very well-positioned for the future but we must continue to innovate and accelerate the pace of change required to meet the expectations of our shareholders, customers, employees and society at large.”

Flint’s new role will become effective February 21, 2018, after Gulliver steps down from both roles and retires from HSBC, according to the announcement.

Tucker explained that Gulliver has led HSBC through a challenging and difficult period with great energy and commitment, while he successfully reshaped the business strategy of the bank.

“I would like to thank him on behalf of the Board for everything he has done for HSBC,” said Tucker. “This includes the important work of putting in place global standards for identifying and preventing financial crime.”

Under Gulliver’s direction, since January 2011 the bank has paid U.S. $60.7 billion in dividends, announced an additional U.S. $5.5 billion of share buybacks, and delivered a total shareholder return of 66.8 percent—which Tucker called an “outstanding track record.”

Gulliver commented expressing his gratitude and how privileged he feels to lead HSBC as Group CEO for the last seven years.

“My primary role as Group CEO is stewardship and to hand the company to my successor in better shape than when I started,” said Gulliver. “After the most extensive restructuring of the bank in its history and a relentless focus on meeting the evolving expectations of society I am confident HSBC is in better shape than it was seven years ago. I know that with Mark and John leading the organization, it is in great hands.”

In addition, Tucker added that through the search process, Flint has developed with him and the Board a clear sense of the opportunities and priorities that lie ahead.

“Over the coming months, before he formally takes over the Group CEO role from Stuart, we will be working closely together to develop and agree the key actions required to ensure we build on and enhance HSBC’s current momentum,” Tucker said.

Previous: What Would Happen to PNC Financial?
Next: Next Post