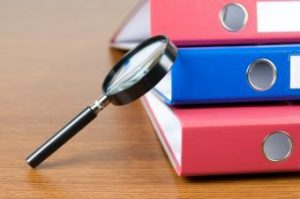 The Federal Housing Finance Agency’s Inspector General released a memo listing four crucial challenges she believes the agency faces in its role as regulator over Fannie Mae and Freddie Mac.

Laura S. Wertheimer, Inspector General at the FHFA, has released a memo that identifies “four serious management and performance challenges” that the agency faces in its role as a regulator and supervisor of the government-sponsored enterprises (GSEs). The memo was addressed to Melvin L. Watt, Director of the FHFA, but can be read in its entirety here.

The first challenge Wertheimer draws focus to is the agency’s inability to improve oversight of both GSEs while strengthening internal review processes for non-delegated matters. Wertheimer’s memo expresses concern about FHFA’s “limited” oversight, which she states is largely limited to attending internal management and board meetings with the GSEs. She believes FHFA has not considered “the reasonableness of Enterprise actions pursuant to delegated authority, including actions taken by the Enterprises to implement conservatorship directives.” Part of the issue, she claims, is that FHFA has not “clearly defined” its expectations, nor established any standard to which Fannie Mae or Freddie Mac must be held accountable.

The second concern enumerated by Wertheimer follows logically on her first: upgrading supervision of the GSEs and Federal Home Loan (FHL) banks. The FHFA splits the responsibility of supervising the GSEs and FHL banks between the Division of Enterprise Regulation (DER) and the Division of Federal Home Loan Bank Regulation (DBR), respectively.  She places particular emphasis on DER’s lack of resources in ensuring the GSEs are not engaging in risky behavior, as well as the FHFA’s lack of consistency in enforcing supervisory practices.

The third challenge Wertheimer lays out involves oversight in cybersecurity, ensuring an effective information security system will protect the highly sensitive data gathered by the GSEs on borrowers. Wertheimer calls for greater cybersecurity oversight so as to reduce operational risk and ensure the GSEs update their systems.

Lastly, Wertheimer states that oversight must be enhanced not only over the GSEs, but also the GSE’s “Relationships with Counterparties and Third Parties.” She discusses how both Fannie Mae and Freddie Mac are in no small part reliant on third parties for “a wide array of professional services, including mortgage origination and servicing.” Stating that the FHFA has mostly delegated the management of these third parties to the GSEs themselves, she believes this exposes them to additional risks such as fraudulent conduct or a failure to meet contractual obligations.

Wertheimer believes they can be addressed via “the development and implementation of, and compliance with, effective internal controls within the Agency.”

Editor's Note: FHFA has been contacted for further comment but has not yet responded at this time.