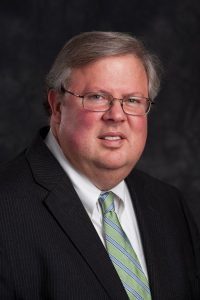 Thursday morning, the Senate Committee on Banking, Housing, and Urban Affairs [1] met to conduct a hearing on the nomination of Brian Montgomery, as the Assistant Secretary of Housing and Urban Development [2], Federal Housing Commissioner.

Committee Chairman Sen. Michael Crapo (R-Idaho) began the hearing with his opening remarks—stating that if confirmed, the nominees will play a major role in promoting access to safe and affordable housing for families across America.

In addition, Sen. Crapo expressed his thoughts on Montgomery’s nomination as he urged his colleagues for a confirmation without delay.

“Brian Montgomery is an ideal candidate to take up that mantle, given that he has done it before,” Sen. Crapo said. “He provided steadfast leadership at the helm of FHA between 2005 and 2009, during one of the most trying times that housing markets have ever seen.”

Montgomery, who is now Vice Chairman of The Collingwood Group [3], a Washington D.C.-based advisory firm that he co-founded, served with distinction in the Executive Office of the President during the Administration of President George W. Bush before transitioning to his role as Assistant Secretary of the U.S. Department of Housing and Urban Development (HUD) and FHA Commissioner under Presidents Bush and Obama.

In his testimony [4], Montgomery said he was humbled by the confidence the committee placed in him 12 years ago, as he sincerely hopes he earned their trust.

“Some of my Republican friends and colleagues still ask why I agreed to serve in a Democratic Administration and my answer has always been the same: "they asked for my help." It was that simple,” Montgomery said.

“Now when I’m asked why I would want to return to HUD, the answer is just as simple: “I believe I can make a positive difference,” he continued.

During the hearing, Montgomery said: “Public service is an honor that I take very seriously.”

Montgomery stated that if confirmed, he will again do his best to further equal access to affordable rental and homeownership opportunities, and seek solutions to restore vitality to the housing market.

However, during a series of questions, Sen. Elizabeth Warren (D-Massachusetts) expressed her apprehensions toward Montgomery’s nomination.

“Mr. Montgomery may have the best of intentions,” Sen. Warren continued. “But we can never expect the American people to trust Washington if this kind of revolving door continues.”

Sen. Bob Corker (R-Tennessee) said during the hearing that housing finance today is not sustainable. However, he thinks with Montgomery’s confirmation there is room for improvement.

“We’ve got an opportunity to do something constructive,” Sen. Corker said.

In addition, other industry leaders have reacted. Lindsey Johnson, President and Executive Director of the U.S. Mortgage Insurers (USMI), released a statement following the hearing reporting her opinions toward Montgomery’s nomination.

“The FHA serves an incredibly important role for many low-to-moderate income borrowers,” Johnson said. “We are confident that as FHA Commissioner, Brian Montgomery will continue to be a champion for a robust housing finance system that strikes the appropriate balance between the conventional market backed by private capital and government-backed FHA loans.”

In anticipation of Montgomery’s confirmation hearing, Five Star Institute President and CEO Ed Delgado expressed [5] why Montgomery is the right choice for FHA.

“Montgomery did more than just educate. He listened. During his time at Collingwood, Montgomery had the unique opportunity to obtain candid perceptions from the residential mortgage servicing industry and keenly understand the impediments that burdensome regulations place upon the development of homeownership.”

As the hearing adjourned, Sen. Crapo said as the next step toward the confirmation process the committee will send further questions to the nominees by November 1, 2017.