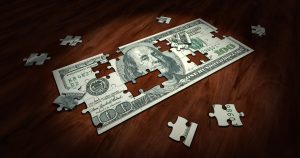 One of the worst-kept secrets in the real estate world was publicly confirmed this week as the residential brokerage Compass submitted a draft registration statement with the U.S. Securities and Exchange Commission (SEC) for a potential initial public offering (IPO).

Founded in 2012 by CEO Robert Reffkin and Executive Chairman Ori Allon, the New York City-headquartered Compass is the nation’s largest independent residential brokerage, with more than 17,000 agents that generated $91.2 billion in home sales in 2019, double the previous year’s total.

News of a potential IPO began to percolate last November when Bloomberg, citing an anonymous source, reported Compass hired Morgan Stanley and Goldman Sachs to lead the IPO. By the end of December, Kiplinger was touting Compass in its article “13 Hot Upcoming IPOs to Watch For in 2021” while The Real Deal, a New York City-focused real estate trade journal, offered its readers “The Definitive Guide to the Compass C-Suite Pre-IPO.”

Compass did not disclose the size or the timing of the offering in its filing in its SEC filing. The company has yet to issue a public statement on the IPO.

Compass is the latest real estate-focused company to go the IPO route this month, following earlier announcement from Home Point Capital Inc., the parent company of the mortgage originator and servicer Home Point Financial Corp., and the residential mortgage lender and servicer AmeriHome. On January 22, United Wholesale Mortgage is scheduled to proceed with its IPO.

Other mortgage companies that floated the idea of an IPO include loanDepot, Caliber Home Loans, and Finance of America—each announced their plan in late 2020 for public offerings but have yet to follow through with those announcements.

Previous: The Week Ahead: How Workplace Diversity Impacts Growth
Next: Lenders Capitalizing on the Digital Push