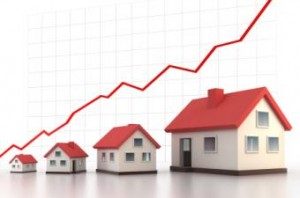 The winter months are traditionally a period of lower nationwide temperatures, but could they be causing a drop in home sales as well? The volatile nature of home sales during the winter period would seem to suggest that this is the case.

“Home sales are often volatile in the winter months, as weather matters a lot, and December’s decline is probably mostly a result of this volatility rather than a drop in the underlying fundamentals for housing demand (despite the rise in mortgage rates),” stated Nationwide chief economist David Berson.

The number of new homes sold in 2016 is estimated to be 563,000, a 12.2 percent increase from 2015’s figure of 501,000. “New home sales in 2016 were the best in nine years, reflecting a combination of solid demand from homebuyers and new homebuilding that has reached post-recession highs,” Trulia chief economist Ralph McLaughlin stated.

McLaughlin further noted that despite the year-over-year increase in sales, “there remains room for growth. New home sales represented only about 10.4% of all home sales last year, which is well below the pre-recession average of 16.2%. Given the depths that existing home inventory has fallen, homebuyers could use much more relief from new home construction than what they’ve received thus far into the housing market recovery.”

The average price of all homes sold in 2016 was $384,000, while the median price came in at $322,500. The agencies’ estimate for the number of homes available for sale at the end of December, on a seasonally adjusted basis, was 259,000, which is a sufficient supply for 5.8 months when considering the current sales rate.

“We expect the upcoming year to bring both headwinds and tailwinds. While higher mortgage rates blow strongly into the face of homebuyers, low existing inventory, near full employment, and rising wages are strong tailwinds that will continue to push new home sales higher in the year ahead,” McLaughlin concluded.