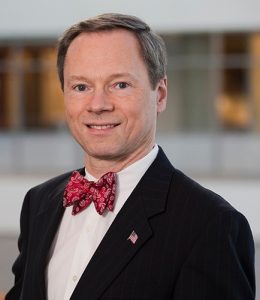 The Dow Jones Industrial average made history on Wednesday, cracking 20,000 for the first time ever. Frank Nothaft, Chief Economist with CoreLogic, said the Dow’s record-shattering levels can have both direct and less direct effects on the housing market and American home buyers.

“It does have a positive effect on the margin,” Nothaft said. “For those families who have been saving up to be first time home buyers, some of their financial assets are probably held in equity markets. As the stock market rises, the value of equity holdings increase.”

Nothaft said those families could use the proceeds from the sale of that equity to fund the purchase of a home.

“It helps provide some additional capacity for some household,” he said. “At the margin, it’s certainly helpful.”

The Dow hitting 20,000 doesn’t really directly affect 54 percent of Americans, as according to a Bankrate.com study that percentage of Americans have no money in the stock market. That means no money in stocks, 401(k)s, IRAs or mutual funds.

However, Nothaft said the rocketing Dow can affect American consumers beyond equity markets in ways more difficult to quantify.

“It’s widely seen as good news, confidence in the economy,” Nothaft said. “Expansion is much more likely to continue. It conveys a positive outlook for business and the labor market as well. This kind of positive news can affect in a very subtle fashion the optimism and outlook consumers have.”

He said as consumers grow more confident in both the health of the American economy and that of their own finances, they become more likely to make “big ticket” purchases, such as cars or homes.

“A house is the biggest ticket thing the average person will ever buy,” Nothaft said.

The economist said the rising Dow lends itself to a subtle effect he says economists call the “wealth effect.” As financial wealth increases broadly in the economy, consumers feel wealthier and are more likely to engage in broad consumer purchases, ranging from consumer products like televisions all the way to homes.

“Those purchase activities generate more job growth, which translates into income growth for families,” Nothaft said. “It puts families in a position to buy a home.”