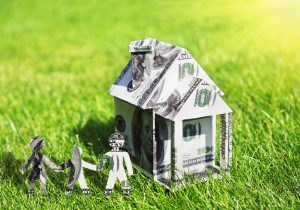 Dover, Delaware, must have been doing something right in November 2017—it led the nation that month when it came to growth in home prices. With an estimated population of 37,786 according to 2016 Census numbers, the capital of The First State saw local home prices increase 2.11 percent month-over-month last November, well above the national average of 0.27 percent. It was also significantly higher than the metro with the next-highest month-over-month appreciation—San Jose, California, at 1.52 percent. On the other end of the spectrum, Canton, Ohio, saw the largest drop of any U.S. metro, falling 2.24 percent month over month.

All of that is according to the latest Home Price Index Report, released today by the Data and Analytics division of Black Knight, Inc. The report spotlights the state of home prices as they were in November 2017, which continued a 67-month consecutive streak of annual home price appreciation. U.S. home prices gained 6.44 percent year-over-year, as of November.

On a state level, New York was top of the heap for month-over-month gains, with home prices increasing 1.36 percent between October and November. November marked the fifth month in a row that New York led in state-level monthly appreciation.

Las Vegas continued to see gains in home prices, but home prices there still sit well below their 2006 peak. As of November, Vegas has gained nearly 13 percent year-over year—up an astonishing 93 percent over its low point—but still lags 25 percent behind that 2006 high point.

It isn’t good news across the board, however. While 11 of the nation’s 20 largest states hit new peaks, home prices fell in six of them. Wisconsin saw the largest drop, decreasing 0.37 percent, followed by Ohio (-0.31 percent), North Dakota (-0.26 percent), and Connecticut (-0.22 percent).

You can read the full Black Knight report by clicking here.