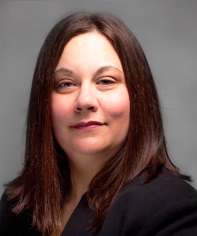 The Wolf Firm, a California-headquartered law corporation, has announced that it has expanded its operations with new offices in Washington and Oregon. With these new offices, the firm now provides direct services to California, Washington, Oregon, and Idaho. Along with full-fledged operations in these states, the firm continues to provide national eviction and national Chapter 11 bankruptcy management.

As part of its expansion to the new region, The Wolf Firm has appointed Janaya L. Carter as the managing attorney of the firm's Northwest operations in Washington, Oregon, and Idaho. Prior to joining the firm, Carter served as the managing shareholder of a prominent mortgage banking law firm based in the Northwest with offices throughout the country, the firm said. She has spent the majority of her more than 16 years in practice handling residential civil litigation, with particular emphasis on complex evictions, bankruptcies, non-judicial foreclosures, and judicial foreclosures. Carter has been called upon to speak at a variety of mortgage industry events including the Legal League and the USFN. She is considered by her peers to be an experienced leader that constantly demonstrates impeccable knowledge of the law, unparalleled litigation expertise, and an ability to execute regardless of the circumstance.

The firm also announced the appointment of Randall Szabo, as an attorney. Sabo is licensed in Washington and Oregon and has been practicing law since 2011 with an emphasis on mortgage default related issues, the firm said in its announcement. Prior to joining the firm, Szabo spent five years with a prominent Northwest mortgage banking firm representing creditors in all types of matters, with a primary focus on judicial and non-judicial foreclosures, evictions, and the resolution of title disputes. Additionally, he has experience in general civil litigation. Szabo is respected in the community for his commitment to clients, grasp of complex issues, and impeccable integrity, the firm said.

Previous: Eye on the Industry: Updates on MCS, ALTA, and More …
Next: Tracking the Rise and Fall in Mortgage Applications