Home >> News >> Government >> Will the Interest Rate Rise with the Employment Rate?

Will the Interest Rate Rise with the Employment Rate? 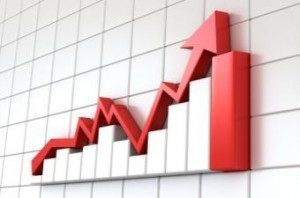 During his February 28 address to Congress, President Trump promised to create tens of thousands of new jobs during his first term. And according to recent data from the U.S. Census Bureau, the economy may be on the right track to meet Trump’s expectations.

“It was hard to nitpick the February jobs report,” said Doug Duncan, Chief Economist at Fannie Mae. “Payrolls posted a strong rise for a second consecutive month, the unemployment rate edged down despite a large jump in the labor force, and annual growth in earnings rebounded toward the expansion high seen at the end of last year,” said Duncan.

The Census data shows that during February 235,000 non-farm jobs were added. In addition, the unemployment rate barely budged since January, coming in at 4.7 percent, a slight drop from the previous year’s 4.9 percent.

Before February’s job report was released a Bloomberg survey forecasted that 200,000 jobs would be added. Many industry watchers are speculating that the better-than-predicted numbers may further push a rate increase during next week’s Federal Open Market Committee (FOMC) meeting.

“Most doubts about whether the FOMC would hike at its March meeting were put to bed last week after a series of hawkish remarks from Fed officials, but any lingering uncertainty has certainly been squelched with today’s strong report, ” noted Curt Long, Chief Economist for the National Association of Federally-Insured Credit Unions.

Fleming agreed, saying, “[T]he odds of a Fed rate increase at the meeting next week was already over 90 percent. This employment situation report only gives more reason for the Fed to move sooner rather than later.”