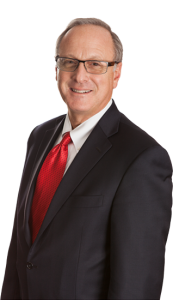 Ocwen Financial Corporation [1] announced that Robert J. Lipstein has been appointed to the company’s Board of Directors as an independent member. The company has also increased the size of the Board from eight members to nine.

Lipstein is a former Partner with KPMG LLP; he also served as the Global IT Partner in charge of business services from 2014-2016 and as an Advisory Business Unit Partner in charge for its Mid-Atlantic region from 2009-2014. In January 2017, he became a director at Cross Country Consulting, a privately-held consulting firm that focuses on corporate advisory services. He has served as an Advisory Board Member of the Weinberg Center for Corporate Governance at the University of Delaware since 2013. Lipstein received his bachelors of science in accounting from the University of Delaware.

According to Ocwen, Ronald J. Korn, a Director at the company, has informed the Board that he will retire from the Director position this May. Upon Korn’s resignation, the size of the Board will be reduced from nine members to eight.

Lipstein will serve on the Board until the company’s next annual shareholder meeting. To view the entire SEC 8-K filing of the announcement, click here [2].