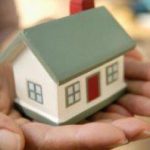 The spring housing rush has begun, evidenced by the number of prospective homebuyers searching for a home and multiple offers on many homes. Lack of inventory in some areas has produced bidding wars, despite the rise in interest rates.

This housing trend is discussed in the Home Data Index released on March 27 by Clear Capital, a nationwide provider of residential and commercial real estate valuations.  The report states that the current volatile market will require buyers to be well informed and fast-acting.

The number of days on the market in most areas has been steadily decreasing and the national median DOM is approximately 43 days for most listings. This is a decrease from 85 days in January 2012.

“Buyers will need to remain vigilant this spring and constantly keep their eyes peeled for a new supply entering the market, and most importantly be wary of rushing to purchase at sky-high prices,” said Dr. Alex Villacorta, Vice President of Research and Analytics at Clear Capital.

This is a two-sided dilemma. “What’s great news for homeowners, particularly those looking to get out of negative equity or sell outright, is unfortunately bad news for prospective buyers,” he said. “This springtime uptick in demand is likely to put buyers in a major time pinch in areas where marketing time is already lightning fast.”

He said that this situation coupled with the already precarious affordability situation for buyers can lead to a self-fulfilling prophecy of sorts for the market as a whole, one where buyers rush to purchase homes at or above asking price in fear of waiting too long and losing out, thus pushing prices up and making marketing times even lower.

The Home Data Index reveals that are three markets where homes have been consistently selling in less than two weeks, nearly a month faster than the national rate.  These cities are Raleigh, North Carolina; Lincoln, Nebraska; and Denver, Colorado.

Other hot markets where homes are selling in less than three weeks includes Portland, Oregon; San Francisco, Fresno, and San Jose, California; and Seattle, Washington. All of these markets are located in the West, where price growth has continued to outpace the rest of the nation for several years. Prices have also escalated quickly, thus making affordability a top concern for prospective homebuyers. Nevertheless, the West is still edging out the rest of the nation in QoQ growth.

The Home Data Index provides a ranking of the highest performing major metro markets, which are:

In addition, the areas listed in the third, fourth, and fifth places each achieved a 1.6 percent quarterly growth mark.

Conversely, the five metro areas that have the lowest performing rate through February 2017 are:

Previous: The Week Ahead: What’s Next for Pending Home Sales?
Next: Codilis, Moody, & Circelli Expands into Wisconsin

Sandra Lane has extensive experience covering the default servicing industry. She contributed regularly to DS News' predecessor, REO Magazine, from 2004 to 2006, covering local market trends, the effects of macroeconomic shifts on market conditions, and "big-picture" analyses of industry-driving indicators. But her understanding of the mortgage and real estate business extends even beyond those pre-crisis days. She is a former real estate broker and grew up in what she calls "a real estate family." A journalism graduate of the University of North Texas, she has written articles for various newspapers and trade journals, as well as company communications for several major corporations.