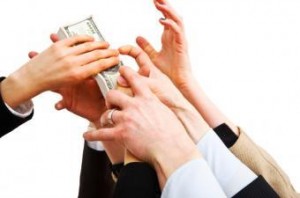 Housing advocates demanding principal reduction for at-risk homeowners have always been a passionate group. In 2012, dozens of them went as far as to show up at then-FHFA Director Ed DeMarco’s house to protest what they viewed as an injustice because DeMarco refused to issue a policy that offered them principal reduction on their mortgage loans.

The issue of principal reduction has returned to the forefront of housing policy in the last month as current FHFA Director Mel Watt, who has been in that position since January 2014, announced to the Women in Housing and Finance Public Policy Luncheon on March 22 that he would make a decision in the next 30 days as to whether or not to offer principal reduction.

Watt called the principal reduction issue “the most challenging evaluation” the FHFA has undertaken during his two-plus years as director. He said one of the factors to be considered was balancing the declining number of seriously delinquent borrowers with the “significant operational complexity” and the cost to the GSEs and servicers of implementing a principal reduction program. There is also the fact that taxpayers remain on the hook for losses while Fannie Mae and Freddie Mac remain in conservatorship of the FHFA.

Some of the protesters did not want to wait the 30 days for Watt to make a decision. An estimated 75 to 85 of them showed up earlier this week at a Harvard Law School event featuring Watt, according to the Harvard Crimson. The event was intended to be a “fireside chat” about federal housing policy, but event organizer and Harvard Law School professor Hal Scott prematurely ended the event due to the behavior of the protestors, the Crimson reported. Scott said the protesters repeatedly interrupted Watt by “screaming,” and Watt attempted to answer their questions but was unable to make himself heard over the protests. Eventually, Scott escorted Watt from the premises, citing security concerns, according to the Crimson. The protesters were not affiliated with Harvard Law School.

“Our objective in coming here was to show him the faces of people who have lost their homes,” Ennis said, according to the Harvard Crimson. “We’re embarrassed to be losing our homes, so we wanted to embarrass him here on his platform at Harvard.”

Scott said after he escorted Watt from the event, Watt continued the discussion on camera in Scott’s office and the speech will be made available to Harvard Law School students online, according to the Crimson.

The FHFA declined to comment on the event at Harvard. Watt said in his March 22 speech that the Agency was “drawing close to the end of this difficult process, and I expect to announce a decision within the next 30 days about whether we have been able to find a 'win-win' principal reduction strategy or whether, on the other hand, we will take principal reduction off the table entirely.”

Previous: OCC Head Emphasizes Innovation in Finance
Next: What do Sinking Mortgage Rates Mean for the Market?