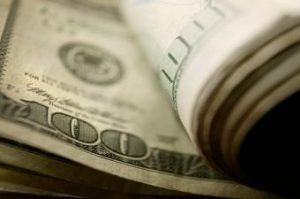 It seems Ocwen is finally getting a reprieve from its recent streak of bad news. The servicer’s stock has spiked since a recent acquisition announcement by New Residential Corporation, which will purchase a portion of Ocwen’s mortgage servicing rights for the next five years.

Ocwen stock rose as high as 46 percent following the announcement, reaching $3.32 per share at its peak. Shares currently sit at $3.08 as of 1 p.m. May 2—a stark contrast to prices just a few weeks before.

Ocwen shares have plummeted since the Consumer Financial Protection Bureau, along with 21 U.S. states, sued the lender for committing errors in its mortgaging process. At one point, Ocwen’s shares dropped more than 50 percent, hitting as low as $2.23 toward the end of April.

Stock on New Residential Corp. has also jumped following the acquisition announcement, rising more than 3 percent just this week; it now sits at $16.90 per share.

"We are excited about the prospect of this new arrangement and expect that this agreement will further strengthen what I view as an already strong partnership by eliminating some of the uncertainties inherent in the existing arrangement, which will be good for shareholders of both companies," said Ron Faris, President and CEO of Ocwen.

Ocwen has made lots of headlines as of late, as the CFPB and numerous states filed suit against it. The company responded by filing restraining orders against cease and desists issued by the Illinois Department of Financial and Professional Regulation and the Commissioner of Banks of the Massachusetts Division of Banks. Ocwen has also filed two motions to expedite a court ruling on the constitutionality of the CFPB, as well as a third motion to invite the Department of Justice to take part in the case.

Fitch Ratings recently issued a new Servicer Rating for the organization, dropping it from “Stable” to “Negative.”

Previous: Lenders One Announces New VP of National Programs
Next: Battle Breaks Out in CHOICE Hearing No. 2