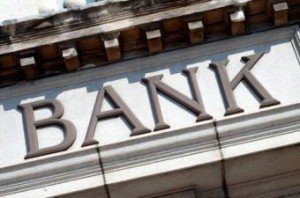 The Federal Reserve will release the minutes of its April meeting on Wednesday afternoon, and if industry experts are on track, they could point to another rate hike on the horizon. The Fed previously raised rates from 0.75 points to 1 in March.

According to Robert Kaplan, President of the Dallas Federal Reserve, employment is on the rise, but that may start to level out—and that could signal a rate hike down the line.

“We are making good progress toward reaching our full-employment objective,” Kaplan wrote in a recent essay. “The most recent April jobs report showed an increase of 211,000 jobs and a decline in the headline unemployment rate to 4.4 percent. This report is consistent with the three-, six- and nine-month average gains of approximately 180,000 new jobs per month. As we move forward, I would not be surprised if the average rate of job growth slowed somewhat, consistent with a declining level of labor slack in the economy.”

"We are closer, but we don’t know how far the shore is," Kashkari said in a press conference at the Minneapolis Fed on Tuesday.

But jobs and employment aren’t the only factors that point to a rate hike. According to Kashkari, inflation is also a concern.

"Right now inflation is going in the wrong direction, and so that is concerning to me," he said.

Kaplan also covered inflation in his essay, noting that “reaching our 2 percent inflation objective has been slow over the past several years.” Considering this, as well as other factors like energy, aging of the workforce, technology trends and more, Kaplan is on board with another two rate hikes in the coming year.

“I continue to believe that three rate increases for 2017, including the March increase, is an appropriate baseline case for the near-term path of the federal funds rate,” he said.

Kashkari was the only person to vote against the Fed’s rate hike in March, but has said he is unsure if he will vote similarly in June, when another rate hike is up for consideration.

"Anything is on the table, depending on how the data comes out," Kashkari said

If he does vote against it, he may not be the only one. St. Louis Fed President James Bullard called the three expected rate hikes “too aggressive” last week, noting the same concerns as Kaplan and Kashkari—slowing job growth and inflation.

But, Kashkari said, the Fed’s plan to cut down the bank’s balance sheet should provide a strong alternative to a rate increase, and tax reform could help as well. The Fed intends to publish its plan for trimming down its $4.5 trillion budget by the end of 2017.

“I believe we should begin the process of gradually reducing the size of the Federal Reserve balance sheet,” Kaplan said. “I think it will likely be appropriate to begin this process sometime later this year.”

Stay tuned to MReport for full details of the Fed’s minutes.

Previous: Freddie Mac Portfolio Up 0.5 Percent
Next: U.S. House Prices Up in Q1 and Year-Over-Year