A Common Vision at Chase Bank 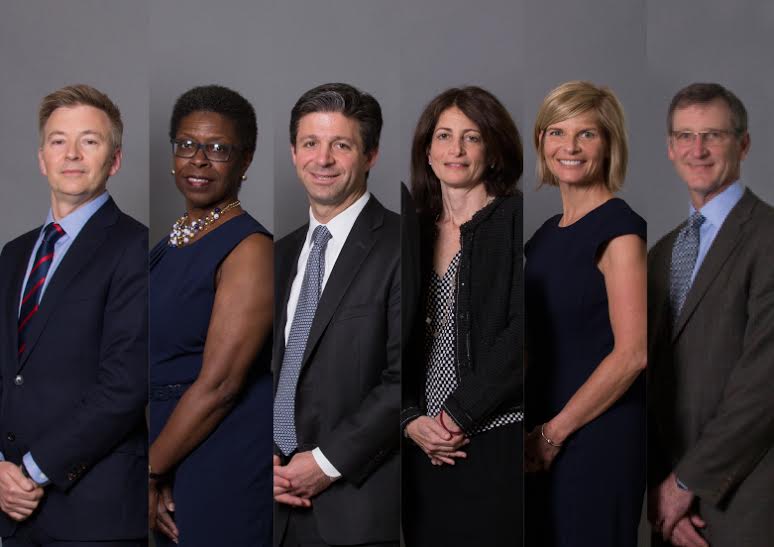 A new Chase Bank is on the horizon. We sat down with the man leading the charge.

To say Chase Bank is big would be an understatement. After all, the banking behemoth has worldwide operations and assets totaling $2.6 trillion. Although almost half of American households do some form of business with Chase—whether personal banking, small business lending, credit card services, auto financing, investment advice, or mortgage lending—it’s unlikely that many have put much thought into the leadership helm behind the Chase name.

However, despite it’s size, Chase is far from a nameless, faceless corporation. Like any good story, there is more to Chase than what is on the surface—namely the professionals who make up the lifeblood of the company. Chase is home to the elite, the best in the field, and the company’s employees happily welcome the challenge of tackling today’s regulated market.

One such professional is Mike Weinbach, the recently appointed CEO of Mortgage Banking at Chase. A wunderkind in his position at only 42, Weinbach is ushering in a new era. The Chase mortgage department is shifting its focus to make homeownership a possibility for millions of Americans.

The Beginnings of Weinbach’s Chase

Appointed to lead Chase’s mortgage banking division in December 2015, Weinbach previously served as Head of Mortgage Servicing and has been with the company since 2004, when Chase merged with Bank One.

With a Bachelor of Science from The Wharton School already under his belt, Weinbach began his career in financial services 20 years ago when he became a mergers and acquisitions investment banker at Smith Barney. It was while working on a number of deals for Citigroup that Weinbach decided to enroll in business school at Harvard. During a short stint away from financial services, he started U-inspire, a company focused on employee motivation and communication services.

“It was a great experience, but after several years of the highs and lows of entrepreneurship, I was ready to join a company where I would have a bigger platform to drive change. It was at this point, I realized that I really enjoyed financial services,” Weinbach said.

After coming on board at Chase, he quickly recognized an area of opportunity in the bank’s small business banking division and requested to be placed in this sector.

“I’ve been very fortunate during my time at Chase and have gained a broad set of experiences through positions in sales, finance, operations, and general management across consumer banking, business banking, auto finance, and mortgage,” Weinbach said. “It can be challenging to move into new areas, but each move has made me a better banker and more effective advocate for our customers, employees, and shareholders.”

All Roads Lead to Technology

In recent years, lenders have become more aware of the growing demand for digital origination, especially as millennials enter the market. “One of the bigger trends we’ve seen is more millennials buying their first home,” David Beck, Chase’s CFO for Mortgage Banking said. “Over the last few years, millennials delayed jumping into the market, but now are ready. Like past generations, millennials will need financial advice but will receive it in digital as well as traditional forms.”

To better understand how today’s consumer interacts with technology, Chase conducted an online survey of 1,014 adults. According to the survey, 72 percent of homeowners don’t expect to stay in their homes long-term. Chase suggests that the endless sources of information available through technology are leading homeowners to continually look for the next best thing. In addition, Chase found that 68 percent of consumers are starting the home buying process on their own.

The survey showed that 45 percent of consumers are using a computer or laptop as the first step, while 13 percent use their mobile device. Meanwhile, only 11 percent of Americans first check their local listings in a newspaper or magazine.

“Across the industry, I think you can expect to see further innovation with digital enhancements to simplify the mortgage process,” Weinbach said. “Customers don’t want to place a phone call to ask a question or resolve an issue. Today’s consumer wants to do most things online and they want an online experience that empowers them to easily track down answers to their questions and complete almost any transaction they need related to their mortgage.”

Regulators and Lenders Working as One

Technology isn’t the only arena where Chase is experiencing rapid change. The regulations governing mortgage banking have seen significant growth since the housing crisis. Executives like Weinbach have had to juggle helping their companies remain profitable, while successfully complying with evolving regulations.

Lela Wingard, Chase’s Head of Community Reinvestment & Community Partnerships notes that in today’s market the focus is on being an accountable and trustworthy lender.

“Lenders have intensified their focus on responsible mortgage lending so that customers who choose to buy have a positive and sustainable homeownership experience, which also helps the communities in which they live, thrive,” Wingard explained.

With banks now having to own up to their regulatory responsibilities, it’s comply with the new rules or pay the price. The nation’s top lenders have fiercely debated for the last eight years whether or not the added compliance costs imposed on businesses justifies the benefits of the regulations themselves.

“As an industry we have no one to blame but ourselves for the enhanced regulation as a result of the financial crisis. The new regulations are well intended and many have improved the industry and customer protections,” Weinbach said. “However, the collective weight of federal, state, and local regulations, not to mention investor rules from the GSEs, Federal Housing Administration, and others, have put the industry on its heels and consumed investment which would otherwise go toward growth and innovation.”

“Regulation is undoubtedly a crucial and permanent part of the mortgage business, but I hope the pace of regulatory change will slow given the great progress that the industry and regulators have made together,” Weinbach noted. “However, with a greater emphasis on regulating traditional banks, there’s been a lesser focus on some of the more aggressive lending that the non-traditional banks employ. There should be equal oversight of all lending institutions in the effort to prevent another crisis.”

Upward and Onward—Charting the Future of Chase

In many ways, despite today’s market challenges, the Chase mortgage-banking department has been a source of strength for the company over the past year. While JPMorgan Chase as a whole reported that its first quarter profits for 2016 were down year-over-year by 7 percent, Chase’s mortgage banking net revenue increased by 7 percent up to $1.9 billion in the first quarter. The increases were driven by better results in its mortgage servicing rights risk management and strong loan growth, partially offset by lower servicing revenue, according to a company earnings report.

Maribeth Robinson, a member of Weinbach’s team and Head of Mortgage Banking Human Resources, explained, “In the mortgage bank and at Chase more broadly, we’ve put an increased focus on improving the customer experience as well as employee engagement.”

As the new head of mortgage banking, Weinbach intends to keep up the momentum in this division by making it easier for Chase customers to get a mortgage or home equity loan. The company has added over 1,000 new employees since the beginning of the year in areas like underwriting, loan processing, and closing to meet the anticipated wave of activity in the industry.

According to Weinbach, this growth will not sacrifice the standards that have become so important to remain complaint in today’s regulated industry.

“This doesn’t mean a return to lax underwriting standards, but rather the opportunity to leverage technology and what we already know about our customers to simplify what can often be a daunting process. For most customers, buying a new home is the largest purchase they have made in their life and we want to be there to guide them through the experience,” Weinbach said. “We’re continuing to invest in technology that makes it easier for our customers to do business with us and that offers a simpler, faster journey to the front door of their new home.”

At the core of all Chase operations are the customers and communities it serves. Weinbach says the company’s goal is to “better integrate with the bank’s extensive branch network and deepen relationships with new and existing Chase customers who don’t have a mortgage, and educate them on the benefits and ease of having one bank handle all of their financial needs.”

“As consumer behavior evolves, so goes the mortgage industry. The majority of Americans now expect a faster, simpler buying process, and big purchases like homes and cars are no exception. To meet those needs, avenues that make purchasing a home a more seamless, user-friendly experience are a hot commodity.”

Weinbach and his team are dedicated to navigating these new frontiers, paving the way for success not only for Chase, but the entire financial industry. “I am excited for the future of our industry and what we can do for our customers at Chase,” Weinbach concluded.

Previous: The Week Ahead: Great Expectations for Construction Spending
Next: Real Estate is Hot in These 10 Markets