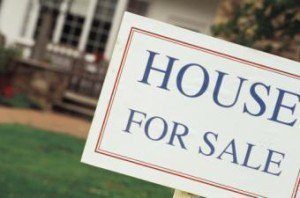 It would seem that there is no better time to sell in Minnesota, Wisconsin, and Indiana, according to the RE/MAX Spring 2017 Market Trends Report, than during the summer buying season. In the last year, median sales prices have increased at least 6 percent across all three states, and show no sign of slowing down as inventory remains scarce and demand refuses to dwindle.

Yet, even though these three states boast a sellers’ market, some homeowners are hesitant to sell, worried that with rising home prices, if they give up their current house they won’t be able to afford their next one. New homes are more expensive to build with rising lumber prices in the region, and existing homes for sale are sometimes being “[sold] before there is a sign in the yard and the listing hits the internet.” RE/MAX associates report that sellers willing to put their house on the market are getting multiple offers without having to negotiate with buyers, and even have the option to add contingencies.

As a result, Indiana’s inventory in Q1 2017 is down 16 percent from where it was in Q1 during 2016, and prices have increased 5 percent to a median price of $167,427.  Of the seven markets reported, Lafayette was the only area that reported an increase in new listings. Wisconsin, similarly, showed a 16 percent drop in inventory and a median sale price of $171,000, up 6.9 percent. Time on the market is down to 87 days average, compared to 103 days a year prior. Minnesota areas, particularly St. Paul/Minneapolis and the surrounding suburbs, saw an average of a 7 percent appreciation in the price of homes.

Millennials, which now account for the largest group of home-buyers nationwide, are one of the primary reasons for this particular market’s stability, according to many RE/MAX brokers. Unemployment is low, and more young people have acquired stable, post-recession jobs. Strong economies in Wisconsin, Minnesota, and Indiana, coupled with attractive mortgage rates and a lower median house cost compared to the rest of the country will continue to make this region highly desirable.