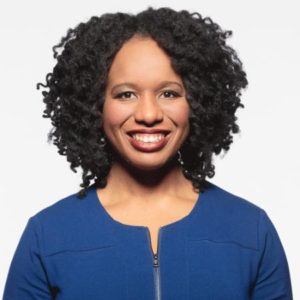 Nela Richardson, who served as Redfin's first Chief Economist, has left the company after four years. The announcement came last Wednesday, with Redfin releasing a statement of confirmation to the MReport staff.

"Redfin loved every minute of the four years that Nela worked with us, and we’re sad to see her go," Redfin stated. "At the same time, we support Nela in pursuing the next challenge in her career and wish her all the success in the world. We thank Nela for her many contributions to Redfin and for her continued friendship in the years to come."

Richardson holds a Ph.D. in Economics from the University of Maryland, and previously served as the Senior Economist for Bloomberg Government. In the initial press release announcing her hire, Redfin detailed the duties of her role to include continuing to "lead and contribute to national housing market and policy conversations with special attention to the consumer experience." Richardson led the Redfin team of economists and data scientists responsible for providing industry reports.

Now, the Seattle-based full-service real estate brokerage, which aims to use modern technology to help people buy and sell homes, says that it is searching for its next chief economist.

"This is a rare opportunity for someone passionate about educating consumers about the housing market," Redfin said. "He or she will get access to data that no one else in the industry has, insights from hundreds of agents across the country, and a top-notch team of data scientists and economists."

Kristina Brewer is the Editorial Assistant of Publications for the Five Star Institute, including DS News and MReport magazine. She is a graduate of the University of North Texas (UNT), where she received her Bachelor of Arts in English with a concentration in rhetoric and writing and a minor in global marketing. During this time, she served as Director of Philanthropy in the national women’s fraternity Zeta Tau Alpha, of which she is an alumna. Her passion for philanthropy continued after university when she was an intern at Keep Denton Beautiful, a local partner of Keep America Beautiful, where she drove membership, organized events, and led social media campaigns. Brewer honed her writing at the North Texas Daily, UNT’s student-run newspaper where she wrote about faculty, mentorship, and student life. Brewer also previously worked at Optimus Business Plans where she helped start-ups create funding proposals, risk assessments, and management plans.