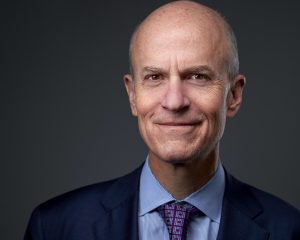 Owen D. Thomas, CEO of Boston Properties was elected as the new global chairman of the Urban Land Institute (ULI). ULI is a global, multidisciplinary real estate organization with more than 44,000 members who promote responsible land use and creating thriving, sustainable communities worldwide.

Thomas will guide the Institute’s delivery of member value and mission-oriented work, with an overarching goal of positioning ULI as the leading global real estate organization that attracts and retains top industry leaders; the leading authority on real estate and the “go-to” place for industry information and expertise; and the provider of solutions to the most complex real estate and urban development problems faced by cities around the world.

Thomas views the global chairmanship as an opportunity to support and facilitate members’ efforts to advance ULI’s mission in each of the three regions in which the Institute has a presence -- the Americas, Europe and Asia Pacific.

“ULI is the leading organization for curating and disseminating industry knowledge and best practices in community building. No other organization comes close to ULI, in terms of sharing expertise and celebrating success stories that can benefit land use decision-making in communities around the globe,” Thomas said. “The potential of our organization to make a meaningful, lasting difference through the work of our members is inspiring.”

Thomas succeeds Thomas W. Toomey, whose term as global chairman ended June 30. “We are very fortunate to have Owen taking the helm. He is dedicated, decisive, and he believes in ULI as a member-driven, mission-focused organization,” Toomey said. “He will keep ULI’s momentum going strong.”

“Owen’s deep commitment to ULI and his thoughtful approach to business management will be invaluable assets as our organization continues its efforts to improve the member experience,” Walter said. “We are excited about the Institute’s future under Owen’s leadership. His wisdom, experience and innovative thinking will help drive ULI to new levels of excellence.”

Thomas, who has been a ULI member for more than 30 years, has a strong record of volunteerism with ULI. In addition to his service as a governing trustee and a ULI Foundation governor, he currently is a member of the Technology and Real Estate Council. From 2013 to 2016, he chaired and was a member of the Global Strategy Committee, which help guide ULI’s global governance restructuring initiative.

Thomas also served several terms on the ULI Foundation Board of Directors, co-chaired the 2018 Host Committee for ULI’s Fall Meeting in Boston, and has been a member of the advisory board for ULI New York. He is a former member of ULI’s Industrial and Office Park Development Council and the Community Development Council.