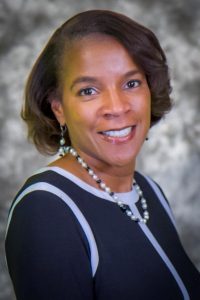 “Lisa is a key member of MBA’s Senior Management Team and, our association is stronger because of her strategic thinking, expertise, and experience,” said Robert Broeksmit, CMB, President and CEO of MBA. “Not only has she ensured MBA’s financial future will remain strong, but she has led our association’s effort to promote diversity and inclusion both within MBA itself and in the real estate finance industry at large.”

Prior to joining MBA, Haynes worked for Fannie Mae and served the company in several positions including VP of Financial Planning & Analysis, VP for Finance Transformation, and VP for Operational Accounting, where she led a team of 45 professionals responsible for the management of single- and multifamily loans worth approximately $3 trillion.

Diversity & Inclusion is one of the categories for the second annual Keystone Awards at the Women in Housing Banquet during the Five Star Conference in September. This year, the Five Star Institute and MBA's mPower are uniting to honor the industry's exceptional women at the Women in Housing Awards Banquet. Finalists for the Keystones will be announced in the September issue of MReport magazine, with the final recipients receiving profiles in the October issue.