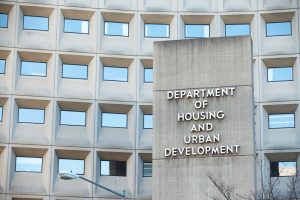 New legislation was pushed through the U.S. Appropriations Committee recently that would, if passed into law, force the U.S. Department of Housing and Urban Development (HUD) to recalibrate how it determines eligibility for Community Development Block Grants (CDBG).

The bill, introduced by Rep. Jaime Herrera Beutler (R-Washington), would require that HUD report any area it uses “flawed income data”—or data with a margin of error that’s 20 percent or higher—to evaluate CDBG eligibility. These reports would need to be submitted to both the House and Senate appropriations committees within 90 days of the evaluation.

Until now, HUD has calculated community income levels by averaging five-year data from the American Community Survey. HUD data from 2014 shows many towns in Beutler’s district—including Pe Ell, Vader, and Morton—have been deemed “too affluent” to benefit from CDBG grants.

According to Beutler’s office, “This requirement would impact rural communities in Lewis County [Washington] that, based on inaccurate household income data, were determined to be ‘too affluent’ to qualify for Community Development Block Grants.”

Beutler says HUD has often made mistakes when deeming a community “too affluent,” and that the agency has even used data with margins of error as high as 91.5 percent when determining eligibility.

“This agency is supposed to return tax dollars to the communities that need it most, but it has made serious mistakes in disqualifying communities like Toledo, Pe Ell, and Vader for being ‘too affluent,’” Beutler said. “It can’t cover up these mistakes if this legislation becomes law.”

This isn’t the first time Beutler has taken on HUD. She also created a provision that requires HUD to have alternative methods of measuring income levels.

“After years of pressuring for transparency, my efforts will again require HUD to make the extent of inaccuracy of its data public—and it will be held accountable for its reporting errors,” she said. “While it shouldn’t take an act of Congress to get a public agency to provide basic transparency, I’m not going to let up on this issue or the needs of our rural communities until we have a long-term solution.”

The bill was passed by the House Appropriations Committee on Tuesday and will go before the full House floor soon.