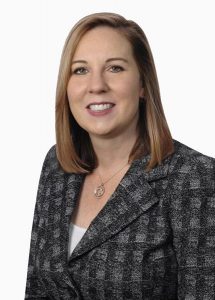 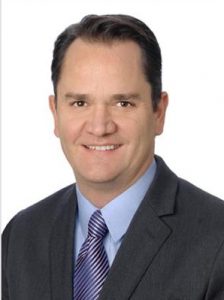 The Board of Directors of the Federal Home Loan Bank of San Francisco has promoted Greg Ward to EVP and Chief Risk Officer and promoted Arlene Coyle to SVP and Chief Audit Executive, the role most recently held by Ward.

Ward oversees the bank’s risk, compliance, and governance framework. He joined the Bank in November 2013 as VP, Internal Audit. He was promoted to Deputy Director in June 2016 and to Director in 2017. Ward has over 26 years of internal and external audit experience in the financial services industry. Before joining the bank, he worked with Ernst & Young LLP for 12 years in its Financial Services Advisory Practice. Prior to his tenure at Ernst & Young, Ward worked in the captive insurance industry in Bermuda and for Price Waterhouse in the United Kingdom in its external audit practice. He received his B.S. from Brunel University London and is a Chartered Accountant and Certified Internal Auditor.

“Greg’s skill set, his knowledge of the Bank and the regulatory environment, his collaborative style, and his adept ability to build strategic partnerships make him an exceptional fit for this important role,” said Greg Seibly, FHLBank San Francisco President and CEO. “Greg’s drive to engage others across the organization, his commitment to accountability, and his forthright leadership style will successfully lead the risk team as they work with other teams across the bank.”

Coyle is responsible for managing the bank’s internal audit function. She joined the bank in February 2016 as Assistant Vice President, Internal Audit, and was promoted to VP in February 2017. Coyle has over 20 years of internal audit and regulatory experience in the financial services industry. Before joining the bank, she worked at TIAA in their internal audit function. Prior to TIAA, she worked as a bank examiner for the Federal Reserve System, supporting community and regional banks. She received a B.S. in Accounting and an MBA from LaSalle University. She has a Certification in Risk Management Assurance and is a Certified Internal Auditor, a Certified Financial Services Auditor and a Certified Diversity Professional.

“Arlene has been with the Bank in the Internal Audit group for over three years, where she has leveraged her technical expertise and years of audit experience to drive impact and accountability across the Bank,” said Seibly. “Arlene has proven herself as an effective, collaborative partner who strives to build successful relationships across the Bank. Arlene’s drive for results and passion for community and engagement will lend itself to her success as she takes on this broader role for the Bank.”