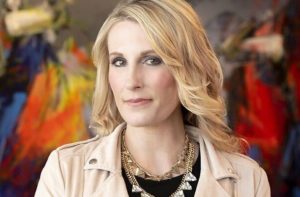 Coppell, Texas-based servicer Mr. Cooper has announced that Kelly Ann Doherty is joining the company's executive leadership team as Chief Communications Officer. In this new role, Doherty will be responsible for overseeing all facets of external and internal communications, as well as corporate positioning for WMIH and its family of companies, including its flagship brand, Mr. Cooper.

Doherty is a strategic communications expert and has played a key leadership role in crafting and promoting Mr., Cooper's story through several major initiatives, including the Mr. Cooper brand launch and the recent WMIH holding company merger. Doherty is well known throughout Mr. Cooper as an advocate for team members and Mr. Cooper's values. In her new position, she will be integral in Mr. Cooper's efforts to further enhance a people-first culture. Along with her team, Doherty has been essential in changing the way Mr. Cooper communicates externally, evolving the company's media outreach and social media channels, and, with one another, providing better tools and more opportunities to interact with our team members.

Doherty will continue to lead the company’s corporate communications functions, including team member communications, media relations, external affairs, issues management, and social media. In her new role, she will also be a key leader supporting culture initiatives to create a positive, encouraging, and empowering work environment that puts a great customer experience at the center of everything Mr. Cooper does.

Prior to joining Nationstar in 2016 as the SVP of Corporate Communications, Doherty was VP of Corporate Communications at Elevate, a financial technology firm. She also served as a public relations and affairs consultant for four years and as a strategic communication staffer for a Presidential campaign and within President George W. Bush’s administration with a tour at the White House in Presidential Personnel and N.A.S.A. as a political appointee.

Jay Bray, Chairman & CEO, WMIH said, "Creating a culture that inspires team members to achieve their highest potential is a top priority for me and it’s been a pleasure to watch Kelly Ann grow into this position. She is the ultimate champion of our values, keeping the team member and customer experience at the top of mind in all she does. She is an amazing addition to our leadership team, and I look forward to the ideas and vision she will bring to the table."