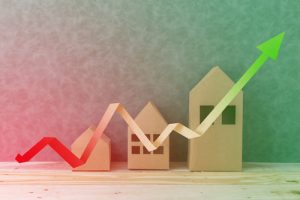 There has been much speculation among the industry as to when the Federal Reserve will continue its forecasted rate hikes again. The Federal Open Market Committee (FOMC) has already raised rates twice this year—once in March and once in June to a range of 1.00 percent to 1.25 percent. Two more hikes were expected, but low inflation has kept the FOMC hesitant. According to multiple reports, if the U.S. is to see another rate hike before the end of the year, it would most likely come in December.

However, despite the slower than expected increase in interest rates, Brian Coulton, Chief Economist at Fitch [1], believes the Federal Reserve will raise interest rates to 3.5 percent by the year 2020, according to a report [2] issued by Reuters.

“I think there is maybe too much confidence that the Fed is not really going to do too much more on interest rates, that we’ll have one or two more rate hikes and that’s it,” Coulton told Reuters.

Coulton went on to say that the Fed’s language of “gradual increase of interest rates” has historically meant three or four rate hikes per year. Keeping with that pace, interest rates could be near 3.5 percent by 2020. But he is concerned that investor’s expectations for the outlook of future interest rates could adversely affect the bond market, and lead to volatility in the market.

“We think they’re going to be ... getting more worried about some of the negative consequences of (quantitative easing), the fact that it encourages risk taking and may create some issues for the banks,” he said.

Coulton did stress that this was his own personal assessment of the situation. Janet Yellen, Chair of the FOMC, has been characteristically silent on the matter.

The FOMC’s next scheduled meeting [3] will be September 19, and will coincide with a press release.