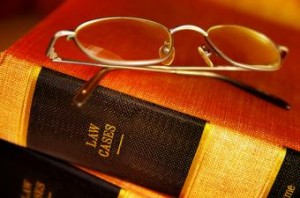 On October 11, a three-panel judge on the U.S. Court of Appeals for the District of Columbia handed down what could turn out to be a landmark decision on the constitutionality of the structure of the Consumer Financial Protection Bureau (CFPB).

In the case of PHH Corp. v. CFPB, the D.C. court ruled that the structure of the Bureau was “unconstitutional” and gave the President of the United States the power to remove its director without cause. The court ruled that the CFPB will be allowed to continue operating as an agency and perform its duties as it has been, but that it will be an executive agency similar to other executive agencies such as the Department of Justice and Department of Treasury that are headed by a single person. The court also asked the CFPB to review the decision in the PHH Corp. case, in which Bureau Director Richard Cordray had ordered the New Jersey-based nonbank mortgage lender $109 million for alleged RESPA violations.

The D.C. court’s decision was big news in the financial industry. The PHH case was the first in which an organization had challenged an enforcement action handed down by the CFPB in court. The court may have found the Bureau’s structure to be unconstitutional, but how much will it affect the CFPB’s day to day operations? Will the Bureau cut back on the tough enforcement actions it has come to be known for in its brief five-year existence?

“From a constitutional structural, being-able-to-exist perspective, nothing is going to change,” said Colgate Selden, counsel in Alston & Bird’s Consumer Finance Regulatory Compliance team, and former senior counsel in the CFPB Office of Regulations. “Actually, this is a stamp of approval saying that the single-director structure IS constitutional, but with this slight change in removal authority from for case to at will under the president.”

Selden continued, “The enforcement actions seemed to be a little lighter, at least in terms of pushing some of the RESPA issues, while they were waiting on this decision. I expect that part to continue, but I think otherwise, it will be business as usual. I think even if it's not appealed, which I think it will be, it's really just moving that ‘removal for cause’ provision. Barring some unforeseen circumstance, I don't see President Obama removing Director Cordray. The court didn't really address that issue too much in terms of all the prior activities of the Bureau. It left that up in the air. I would think that if Obama decided to remove Cordray with this new power, that would create all kinds of issues in terms of what the Bureau has already done.”

As part of the decision, the D.C. court set a statute of limitations when enforcing penalties for RESPA violations. In the case of PHH, an administrative law judge ruled in January 2014 that PHH accepted kickbacks in the form of reinsurance premiums paid to a PHH subsidiary by mortgage insurers on loans that closed on or after July 21, 2008. The judge ordered PHH to pay $6.4 million. In June 2015, Cordray ruled that PHH was responsible for taking kickbacks on loans that closed before July 21, 2008, and ordered the lender to pay $109 million.

The D.C. court’s decision could affect the CFPB’s future enforcement actions in another way, Selden said.

“You hear a lot about the Bureau doing regulation via enforcement, and I think that this decision could quell some of that or calm that down a little bit, because they can't really create new law through enforcement,” Selden said. “They have to give people prior notice that they are going to change the current interpretation of the law, and then only bring enforcement actions after violations of the change in the current interpretation.”

There is a chance the CFPB will appeal the D.C. court’s ruling, which was the result of a 2-1 in the vote by the three judge-panel as to whether the Bureau’s structure is constitutional.

“There was a three-Republican judge panel for this decision, and they had one dissent in the constitutional issue,” Selden said. “Republican-appointed judges are a minority in the D.C. circuit. So it may have a good chance of getting overturned.”

Is the Housing Market Overheating? 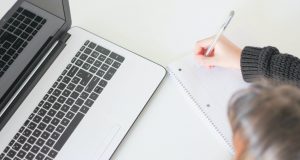 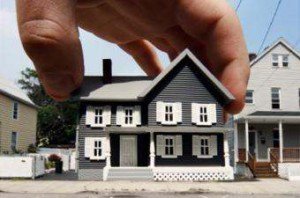 Nearly two-thirds of millennial homebuyers are reporting some regrets after the purchase of their new home.