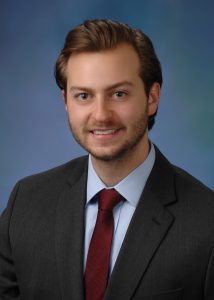 Potestivo & Associates, P.C. announced that Alexander Potestivo has been promoted to Associate Attorney. He will serve and represent the firm in the Chicago, Illinois, office assisting with matters related to creditors’ rights litigation and foreclosure.

Potestivo & Associates has operated for more than 27 years and in addition to its Chicago office operates its headquarters in downtown Rochester, Michigan, as well as satellite offices providing select services in Grand Rapids, Michigan, and St. Louis, Missouri.

Potestivo graduated with his B.A. in Political Theory and Constitutional Democracy from the James Madison College at Michigan State University, and then went on to obtain his J.D. at Loyola University Chicago School of Law.

Prior to graduating from law school, he served as a judicial intern for the U.S. District Court, Eastern District of Michigan where he drafted bench memorandums, assisted in writing judicial opinions, and examined case law and legal issues.

He initially joined Potestivo & Associates, P.C., in 2008 as a File Clerk in the Firm’s Rochester, Michigan, office. He was subsequently promoted to a Law Clerk position in the Firm’s Chicago, Illinois.

Brian Potestivo, President-Managing Attorney, stated, “We are pleased with Alex’s hard work and commitment to excellence. I am extremely proud of our newest Associate Attorney.”